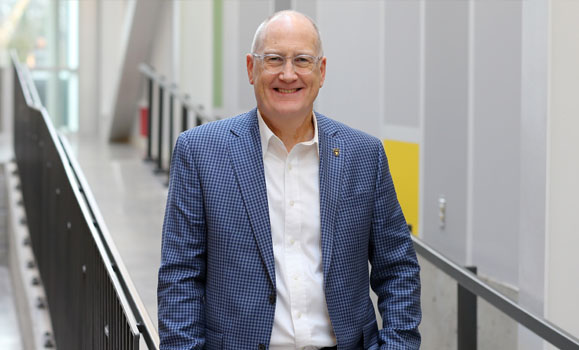 Peter Fardy is Vice President, Advancement at Dalhousie University in Halifax, Nova Scotia. In this capacity he is responsible for all fundraising and alumni engagement activities and serves as member of the senior executive group at the university.  His team of 83 advancement professionals cultivate relationships with alumni and friends of the university and work with donors to help them achieve personal fulfilment through philanthropic investment.  Dalhousie donors commit in aggregate about $40 million each year in the interest of supporting student success, scientific research and service to community.

Peter Joined Dalhousie in May 2009 as Chief Development Officer and Assistant Vice-President, Advancement. In that capacity, he was responsible for all fund development programs at the University, including annual giving, planned giving and major gifts.

Prior to joining Dalhousie in May 2009, Peter served for five years as Vice-President, Advancement at St. Francis Xavier University, in Antigonish, Nova Scotia.  Previously, he served as Vice-President, Corporate Development with Xwave Solutions Inc., Director of Mergers & Acquisitions with Aliant, Inc. and Director of Business Development with Maritime Tel & Tel (MT&T) Innovations, the strategic investment arm of MT&T.

Earlier in his career, he held other marketing and operational roles within MT&T, worked with Keltic Incorporated as Manager of Merchant Banking and as Regional Director (Atlantic) with the Institute of Canadian Bankers.  In addition to being a Director for six years with the Nova Scotia Gaming Corporation, he also served for two years on the Board of Directors of VoxCom Incorporated, a publicly-traded security and remote monitoring alarm company.

Peter has been very actively involved as a volunteer in the community. Over the years, he has served as Chair of the Board of the YMCA of Greater Halifax/Dartmouth, Commodore of the Canadian Canoe Association (now CanoeKayak Canada), Chair of the Nova Scotia Dragon Boat Association, was founder and Chair of the organizing committee for the Halifax Dragon Boat Festival. He has also played active voluntary leadership roles with the Halifax Chamber of Commerce, Neptune Theatre, the East Coast Music Awards, Sport Nova Scotia and the 1997 and 2009 World Canoe Championships, among others. While in Antigonish, he served as Chair of Marketing for its bid to host the 2011 Canada Winter Games. Since moving back to Halifax, he has served as a director of Neptune Theatre,  United Way of Halifax (Chair), the Nova Scotia Sport Hall of Fame, the Alzheimer’s Society of Nova Scotia and Churchill Academy, a private not-for-profit school for students with learning disabilities.