Office of Equity and Inclusion 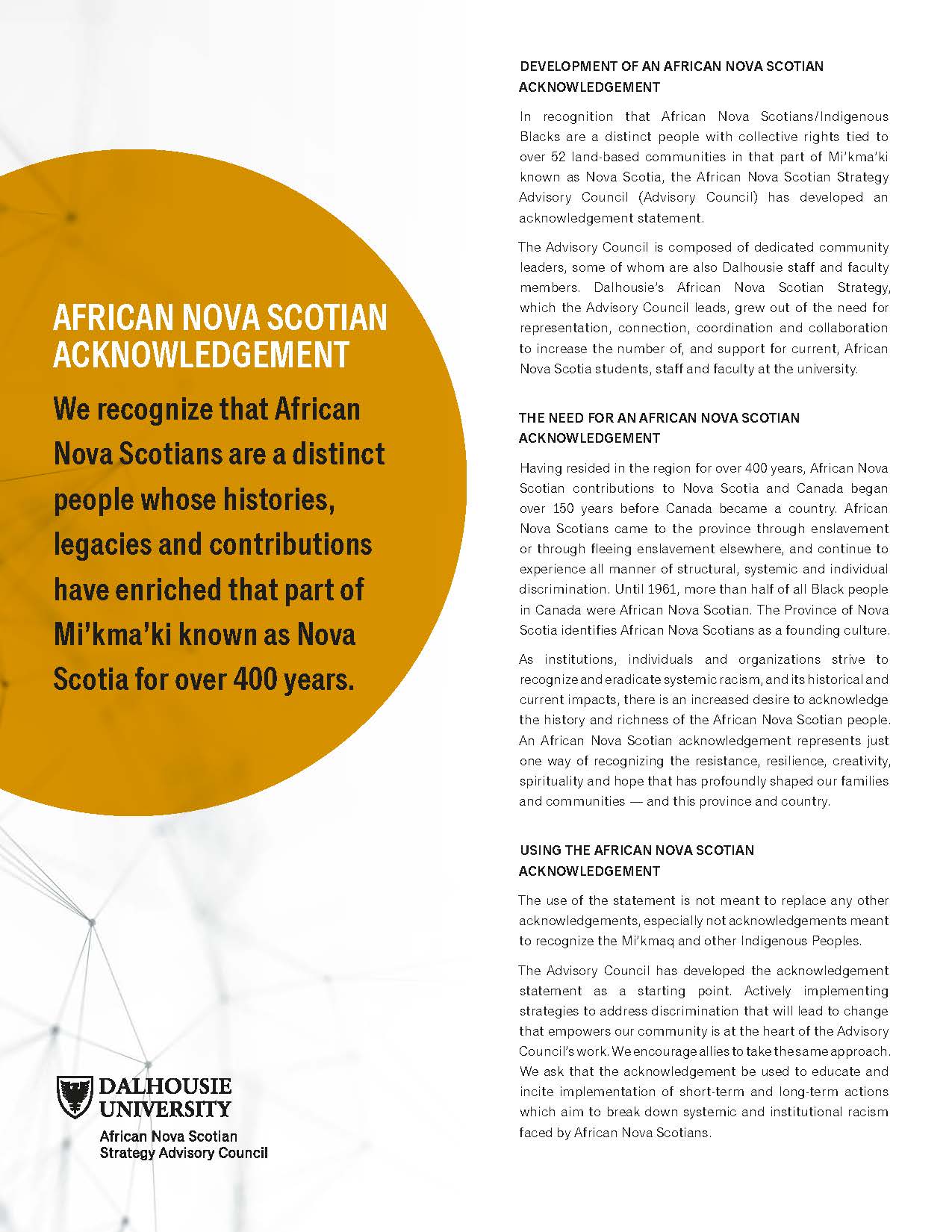 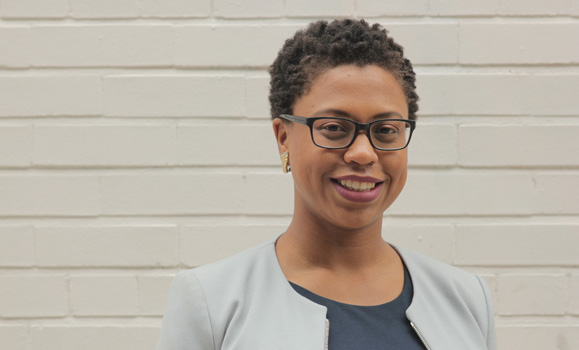 The Director plays an institutional leadership role in supporting the work to implement the Strategy recommendations, while actively supporting the access and success of prospective and current African Nova Scotian members of the Dalhousie community.

We recognize that African Nova Scotians are a distinct people whose histories, legacies and contributions have enriched that part of Mi’kma’ki known as Nova Scotia for over 400 years.

THE NEED FOR AN AFRICAN NOVA SCOTIAN ACKNOWLEDGEMENT

As institutions, individuals and organizations strive to recognize and eradicate systemic racism, and its historical and current impacts, there is an increased desire to acknowledge the history and richness of the African Nova Scotian people. An African Nova Scotian acknowledgement represents just one way of recognizing the resistance, resilience, creativity, spirituality and hope that has profoundly shaped our families and communities — and this province and country.

The Advisory Council has developed the acknowledgement statement as a starting point. Actively implementing strategies to address discrimination that will lead to change that empowers our community is at the heart of the Advisory Council’s work. We encourage allies to take the same approach. We ask that the acknowledgement be used to educate and incite implementation of short-term and long-term actions which aim to break down systemic and institutional racism faced by African Nova Scotians.