National Day for Truth and Reconciliation

This year, for the first time, September 30 has been designated by the Federal government as the National Day for Truth and Reconciliation, a statutory holiday to commemorate the horrific legacy of residential schools in Canada.  This new holiday is one of the Truth and Reconciliation Commission of Canada’s (TRC) 94 calls to action.  On this day, Dalhousie University will be closed, classes will not be held, and only employees designated as essential will be required to work. In his August 31 memo, President Saini made it clear that the day is for us — as a community located in Mi’kma’ki, the ancestral and unceded territory of the Mi’kmaq — to learn and reflect on the history, culture, and lived experiences of Indigenous peoples. 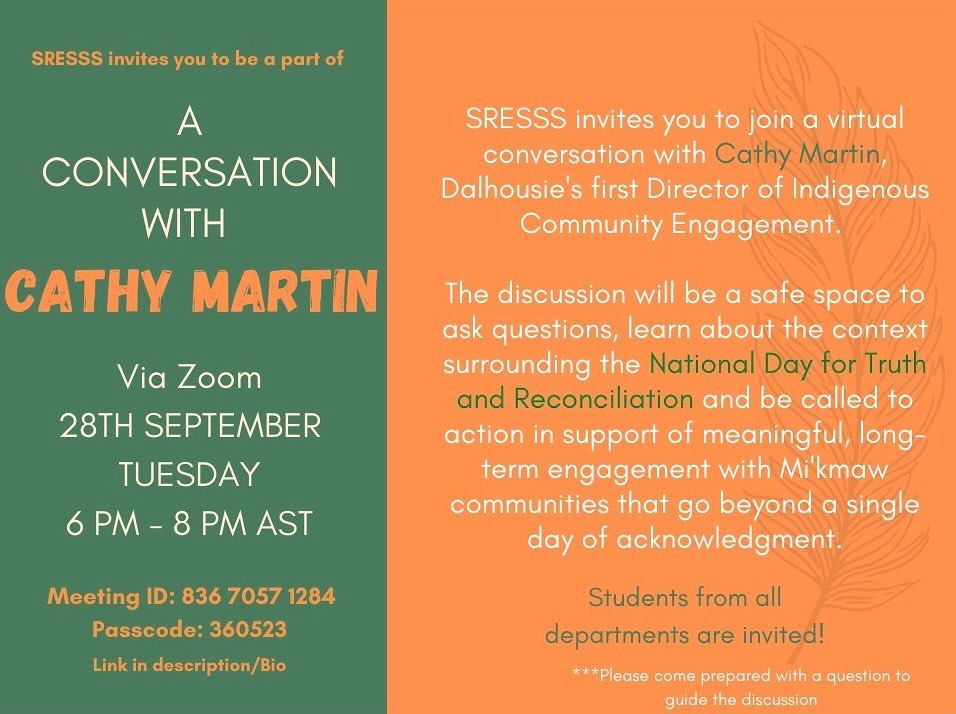 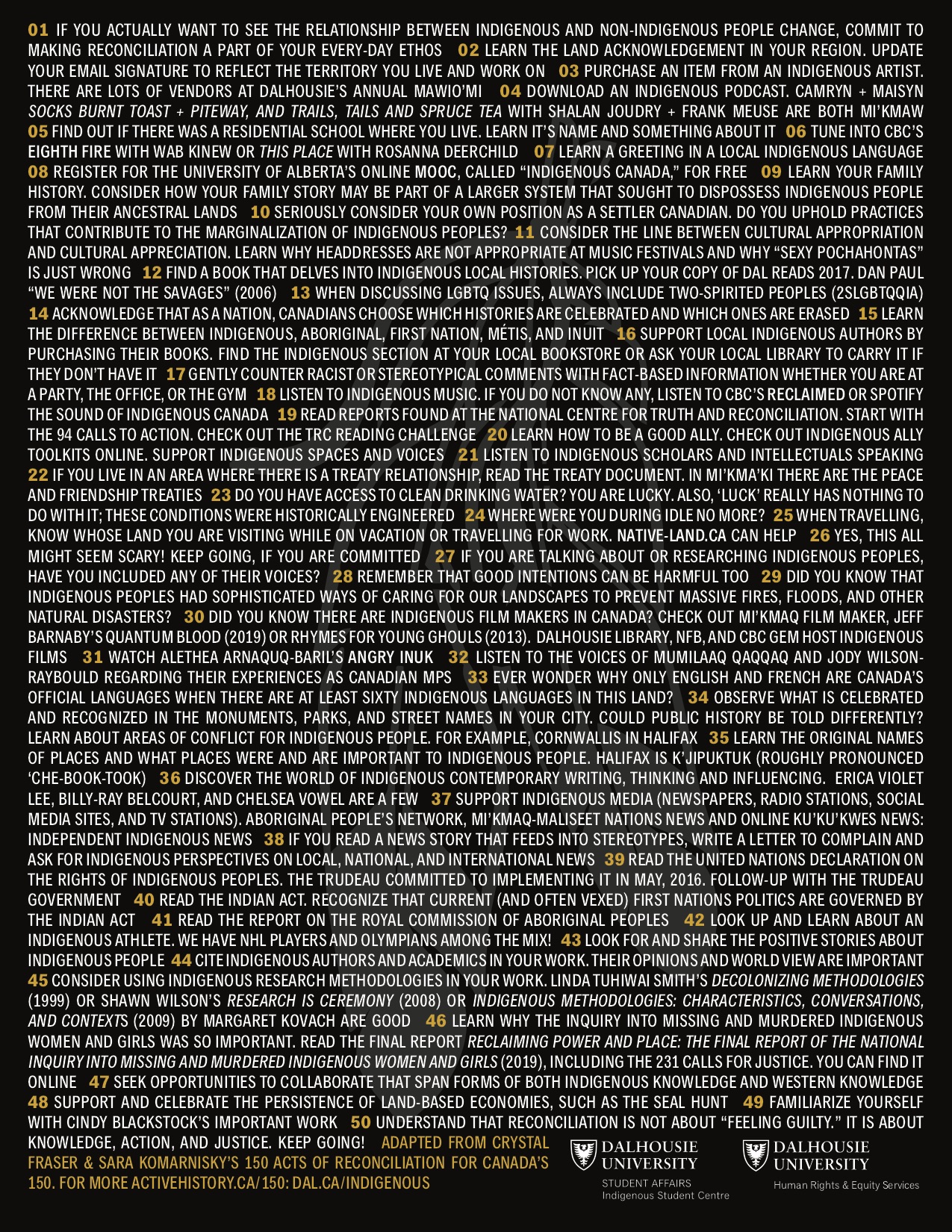 The day honours lost Indigenous children and survivors of residential schools, their families, and communities. It is a day for national reflection on the historic legacy and present-day consequences of residential schools, which is critical to reconciliation. Reconciliation is the process of healing relationships between Indigenous and non-Indigenous Canadians and addressing wrongs of the past. This requires building meaningful partnerships with Indigenous communities, embedding Indigenous needs and perspectives in decision-making, and recognizing Indigenous sovereignty and the inherent right to self-determination.

This year, the day marks a very special and sacred time in our history as we honor the lives of the children who attended Shubenacadie Residential School and all the others across Turtle Island - Canada.  We encourage the Dal community to take some time from everyday life to reflect and soul search on the atrocities that were done to the sacred lives of Indigenous children, some of who never returned home; to understand that this is part of Canada’s truth/ history; and begin to embark upon a journey of healing and change. As Catherine Martin emphasizes: “This day is not a “holiday”; rather it is a memorial, and a time of grieving, forgiveness, and transformation.”

Efforts at reconciliation must be guided by the Truth and Reconciliation Commission (TRC) Calls to Action. The TRC was conducted between 2008 to 2015 and provided those directly or indirectly affected by the legacy of residential schools with an opportunity to share their stories and experiences.

The Commission’s final report provided 94 calls to action. The Calls to Action provide important direction for all levels of government, institutions, and all residents of so-called Canada to redress the legacy of residential schools and advance reconciliation. The National Day for Truth and Reconciliation is a direct response to Call to Action 80, which called for a federal statutory day of commemoration.

Thursday, September 30th also coincides with Orange Shirt Day. Orange Shirt Day is an Indigenous-led, grassroots commemorative day honouring residential school survivors and victims. The day honours experience of Phyllis Webstad, from the Stswecem'c Xgat'tem First Nation, when on her first day of school she arrived dressed in a new orange shirt, which was taken from her. The orange shirt has become a symbol of remembrance of all Indigenous children who were violently removed from their families to attend residential schools, enduring experiences which the TRC has described as “cultural genocide”.

All Dalhousie students, faculty, staff, and community members are encouraged to wear orange on September 30th, 2021.

For the new National Day for Truth and Reconciliation on September 30th, we are having an Orange Shirt unveiling in the Student Learning Commons on September 28th at 12:30pm. This display will be made available for students to visit until Monday, October 4th. Next to the display, we are having a poster which includes information about the new holiday and QR codes for students to access information on their phones. More information about upcoming events will be posted in the Golden Ram, our campus newspaper.
On October 4th, this Orange Shirt display will be changed to the Red Dress display for the National Day of Action for MMIWG2S.