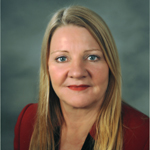 The Dark ‘n Stormy is made with ginger beer and Gosling’s Black Seal Rum. Gosling’s, a seventh-generation family business, has been a mainstay of the Bermuda experience and the island economy for over 200 years. Throughout that time, the Gosling family has led the development and distillation of rum to the point where the spirit now represents Bermuda’s largest export.

Today, Dalhousie graduate Nancy Gosling serves as president and CEO of Gosling Brothers Ltd. She carries on a family history and expertise that extends over seven generations and traces its roots to 1806, when James Gosling set out from England bound for America. When his ship’s charter expired on the 91st day of the voyage, James settled in at the nearest port, Bermuda. That’s where the Goslings stayed and where the internationally-famous Gosling rum, now exported to Canada, the United States, Italy, Japan, the United Kingdom, China and other parts of the Caribbean, was developed.

When Nancy Gosling told her father she wanted to join the family business, he advised her that what the company needed was someone who understood the financial end of the business.  So, in the 1970s, Nancy left Bermuda for our slightly-less-tropical shores to earn her Bachelor of Commerce degree at Dalhousie University. After graduating, she returned to Bermuda and set out to complete her chartered accountant designation while working as an auditor for Price Waterhouse. She later joined the American International Insurance company and switched to the certified general accountant program.

With her strong foundation in commerce and accounting, Nancy joined Gosling Brothers Ltd. in 1981 as assistant treasurer. She quickly assumed the role of managing director and, a few years later, was named vice president. In 1991, having demonstrated her skills in business development and relationship-building, Nancy Gosling became the first woman in her family to serve as president and CEO of the company.

Nancy Gosling was not only the first woman to lead her family’s company; she was also the first female member of the Hamilton Rotary Club in Bermuda, where she has served as a director and treasurer. She shares her expertise with many other organizations, including BF&M, a Bermuda insurance company; Bermuda Container Line Limited; and Restaurant Development Limited.

In all she does, Nancy Gosling’s passion for her work is evident.  Perhaps not surprisingly, she brings that same passion and enthusiasm to her recreational endeavors – she used to race motorbikes and sailboats, and she still commutes to work on her motorbike.

Charles Gosling, the Mayor of Hamilton, Bermuda, a former vice-president of the family business, and himself a Dalhousie graduate, describes his cousin Nancy as “amazing.” He credits her with an exceptional ability to juggle the many demands placed on the CEO of a family business and to respond to the needs of many stakeholder groups. “At one moment either party may be the boss, sister, brother, mother, cousin, director, shareholder, employee,” he says. “Each has a different way of interaction. Each has separate needs and ways of seeing and responding.” Nancy must respond to all of them.

For her outstanding business leadership and expertise that continues to ensure the success of the multi-generational Gosling Brothers Ltd., I ask you Mr. Chancellor, on behalf of Senate, to bestow upon Nancy Gosling the degree of Doctor of Laws, honoris causa.