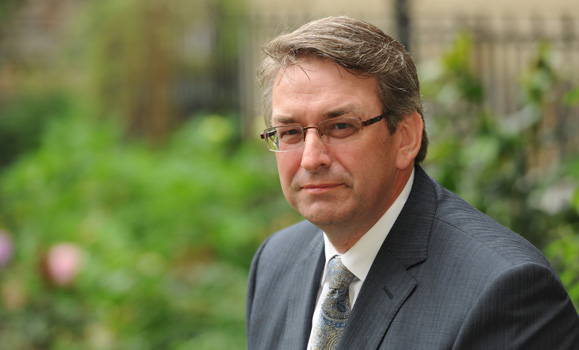 Dalhousie University and its campus has been a part of Ian Nason’s life as long as he can remember. As a boy, he used to play hockey on campus, and watch varsity games with his older brothers. Nason, as well as his two brothers and mother, are Dal graduates.

A career here wasn’t something he’d planned, but it certainly came naturally. After a stint in the private sector, he began working at the university in 1982. He became Assistant Vice-President of Financial Services in 1991, a role in which he served through until becoming Vice-President Finance and Administration in 2014.

A balanced budget has been maintained for 31 consecutive years.

At first, Nason had a job ahead of him to help identify measures to balance the budget and achieve financial stability and eliminate past debts. “It was an organization that, from a financial perspective — well, we had some work to do.”

Specifically, that meant chipping away at a $12 million accumulated operating deficit and a $28 million unfunded capital debt. “The budget was not balanced my first year,” he says. “Or the next year.”

Nason and his team did balance the budget by the mid ‘80s, but Dalhousie needed to ensure that future growth and investments were managed without accruing unsustainable debt. In the early 1990s, the Board of Governors appointed an ad hoc committee, called the Financial Strategy Committee.

“By the late '90s collaborative efforts across the university had resulted in the retirement of the operating deficit and capital debt. In addition, a balanced budget has been maintained for 31 consecutive years.”

Working across the university

But balancing budgets is only the most obvious — and a relatively small, in terms of hours spent — part of what Nason does. His VP role oversees a substantial portfolio, working closely with the senior leaders of information technology, human resources, environmental health and safety, facilities management, athletics and recreation, ancillary services, sustainability and other core functions of the university.

Dal is a large and complex teaching and research enterprise with 19,000 students and 4,000 full and part-time employees. “A wide variety of operational issues arise daily and my focus along with colleagues is to find solutions with everything leading back to trying to deliver quality service to our students, faculty, staff and the community,” says Nason.

The rapid development of digital technology has been both a boon and a challenge in this work. While keeping up with technological advances will be a perpetual challenge, the current most pressing need for the finance and administration team is Dalhousie’s physical infrastructure.

“Relative to other institutions, it’s considerably older and often this translates into more expensive remediation and improvement,” Nason says. Investments must be made to maintain buildings, to improve accessibility and also adapt to the evolving needs of students. “The needs of today and the purposes for which we use space, are not the same as they were when these buildings were designed.” 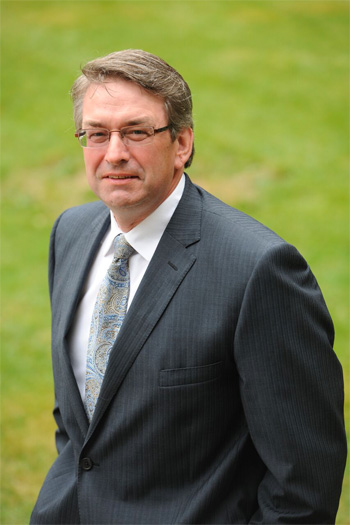 On working alongside others in the university...

“Our faculty members are very competitive in winning awards, which benefits students and Nova Scotia as a whole. It’s been wonderful to be a part of it.”

On passion, productivity and collaboration...

“There are times emotions run high when leaders are passionate about a subject. I try to stay level, work with everybody and anybody and understand what they need to succeed.”

“I try to pay close attention to issues as they arise and be as collaborative as possible.”

I took a class on strategic planning and that was a favourite because of a particularly dynamic professor who had worked in both the public and private sectors.

The evolution of the university on so many fronts during my time at Dal has been extraordinary and therefore it’s hard to imagine another career as fulfilling and rewarding.

Treat others as you wish to be treated. It is great working with a team that shares this value and is highly competent, hardworking and totally focused on our mission of teaching, research and service to the community.

Bryan Mason, one of my predecessors. I worked with him for 20 years and he was an exceptional individual.

If it were possible, my dad. He died when I was quite young.