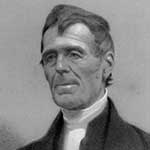 Dalhousie is marking 200 years of history this year — but not exactly 200 years of operation. For most of Dal’s first four decades, the university existed as little more than a Board of Governors and a building, with funding squabbles and jurisdictional debates keeping its doors firmly closed.

It was during a five-year timeframe within those decades, from 1838 to 1843, that Dalhousie College (as it was then known) became a reality. And much of the credit for Dalhousie’s creation can be traced to Thomas McCulloch (1776-1843), the man recruited to serve as its first president.

The hiring of McCulloch was both a surprise and shrewd strategy. The ordained Presbyterian minister was a competitor of sorts, and had been striving to have his own institution, Pictou Academy, acquire degree-granting status. Incorporated in 1816, the academy was designed as a non-sectarian college to train local ministers while offering a liberal scientific curriculum open to all denominations in the model of the University of Glasgow, where Scottish-born McCulloch was educated. (Pictou Academy still exists today, in a different location, as a secondary school.)

But by the mid-1830s, with his beloved Pictou Academy facing funding struggles—never able to earn political favour the way Dalhousie and King’s College had—and having lost control of its board, McCulloch was suddenly (if somewhat reluctantly) open to a change of address and occupation. Dalhousie’s trustees seized the opportunity to bring his time and talents to Halifax. As McCulloch described it: “God has given me to possess the gates of my enemies.”

Despite his past animosity towards Dalhousie, McCulloch was an ideal candidate for president. He’d become one of Nova Scotia’s most passionate advocates for education in the liberal, Calvinist model. “A liberal education is valuable,” he argued, “not so much on account of the information which a young man picks up in college as for the habits of abstraction and generalization which he imperceptibly contracts in the course of his studies.”

He was also an acclaimed writer; his Stepsure Letters are considered the first major work of Canadian humour.* And his naturalist collection — a wide assortment of birds, beasts and various other creatures — was among the most impressive in Nova Scotia in his time, and since 1971 has been housed in a museum in McCulloch’s honour in the Life Sciences Centre.

McCulloch opened Dalhousie’s doors alongside two other staff members (Professors McIntosh and Romans), offering courses in topics ranging from Greek and Latin to mathematics and moral philosophy. The school attracted a respectable number of students, but McCulloch never quite had the full confidence of its Board, and his sudden death in 1843 proved debilitating to the fledgling school.

It would be another 20 years before the university would again be operational. But while McCulloch’s Dalhousie College may have been short-lived, but it laid an important foundation for education in Nova Scotia for future generations to build on.

* Dalhousie would like to acknowledge that since this profile was published, the Lord Dalhousie Scholarly Panel on Slavery and Race found that McCulloch, “though an ally of abolitionists, used racist ideas for humour in his popular satirical writing.” More details can be found on pages 12, 14 and 70 of the report.