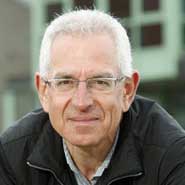 For an inspiring role model — in business and in life — Josef (Jim) Spatz (1949-present) didn’t have to look very far.

His father Simon, a penniless Holocaust survivor, had immigrated to Nova Scotia with his family (including 11-month-old Jim) in 1950. From scratch, the elder Spatz built the real estate company Southwest Properties and grew it into a multimillion dollar enterprise. But it was never a given that his son would take over the family business; Jim’s father always wanted him to chart his own path.

On a quest to fulfill this wish, Spatz enrolled at Dalhousie in 1967, scholarship in hand, to study Science. He joined a Jewish fraternity (Tau Epsilon Phi), made new friends and was eventually accepted into Dalhousie Medical School.

“It made me care about my life and what I achieved in life, what I did in life,” he says of his time at Dal. “There’s no question I came out with a strong sense of wanting to do something with my life and in the world.”

He became an accomplished physician, practising medicine first in Dartmouth and then in Montreal. But in 1987, at the age of 40, he decided to make a career change and leave his mark on the family legacy. Becoming Southwest’s CEO and chairman, his leadership helped transform the successful apartment business into a leading regional company. From Bishop’s Landing to the new South Park Pavilion, Southwest’s buildings have helped shape the Halifax skyline. Along the way, Spatz has earned many honours, including induction into the Nova Scotia Business Hall of Fame in 2007 and being named Atlantic Business Magazine’s CEO of the year in 2015.

Among his many charitable contributions to his community, he’s been steadfast in his devotion to Dalhousie. Appointed to the university’s Board of Governors in 2001, he became its chair in 2008 and served in that role through until 2014. During that time, Dal completed the largest fundraising campaign in its history, expanded its global profile significantly and constructed several new buildings (the latter being an area in which Spatz says he was always eager to provide advice and guidance). But, fundamentally, as he’s said before, “it is the people who work at Dal who deserve most of the credit for ‎moving the institution forward, whether they’re teaching students or fixing toilets.”

Spatz, through his generosity, would also spark an initiative in honour of his parents: a gift to establish the Simon and Riva Spatz Chair in Jewish Studies. A visiting chair based in the Faculty of Arts and Social Sciences, it brings distinguished scholars from around the globe to share their expertise and perspectives with students and faculty. It’s another example of how the larger Spatz story — from his parents’ struggles through to his own time at Dalhousie — has inspired him to make a difference.

“It makes you more tolerant,” he has said. “The freedom and opportunity represented by Canada makes you want to give back.”