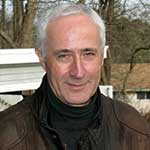 Mi’kmaq officials had given Dr. Wien permission to undertake a project on marginal work patterns in their communities. But when he showed up a year later at a meeting of the community chiefs in Antigonish to present his findings, he was met with many blank stares.

"The first reaction of the chiefs was, 'who . . . is this guy?'” recalls Dr. Wien, who was a research associate with the Dal-linked Institute of Public Affairs (a predecessor to today’s College of Continuing Education) at the time. “They'd forgotten all about me. They weren't used to anybody coming back and actually reporting results.”

But Dr. Wien felt strongly that sharing his findings directly with the communities would help build trust and pave the way for future research. It was the beginning of what was to become a long and fruitful relationship, one that would see Dr. Wien move back and forth over the next three and a half decades between academic research, and community development and advocacy projects, at the request of Indigenous communities across Atlantic Canada.

“I always took the position that I should try to be responsive to the needs of the community, rather than going in and saying, ‘This is a great idea, do you want to sign up for this research project?’” says Dr. Wien. Many of these communities are now equipped with the know-how to do their own research, one of the many impacts of Dr. Wien’s work.

Dr. Wien’s expertise propelled him into the highest echelons of First Nations issues at the provincial and national level. As director of the Maritime School of Social Work in the early 1980s, he set up a Bachelor of Social Work program at Dal specifically for individuals from Mi’kmaq communities, an initiative designed to address a lack of local community control over social services. Nationally, he spent four years on secondment from Dal during the 1990s leading a research team with the Royal Commission on Aboriginal People, which produced a report that continues to inform policy discussions regarding Canada’s First Nations more than 20 years after its release.

Dr. Wien, who was inducted into the Order of Canada in 2016, is now retired with the title of professor emeritus. But his dedication to Canada’s Indigenous people continues, as he still responds to research requests from First Nations communities and has contributed in recent years to projects on fisheries and social assistance on reserves. There are no blank stares anymore — just shared appreciation for what’s possible when community-based research is truly collaborative.