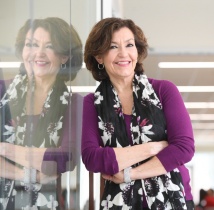 “Health care and the fate of Social Europe.” Journal of Health Politics, Policy, and Law (February 2021).

“Breaking the Deadlock: Towards a New Intergovernmental Relationship in Canadian Healthcare” (with William Gardner and Adrian Levy). HealthcarePapers 14/3 (Oct 2014), 7-15.

“The Changing Contours of Experimental Governance in European Health Care,” Social Science and Medicine (v. 108, May 2014), 89-96.

“Policy and Ideology: The Politics of Post-Reform Health Policy in the United Kingdom,” in the International Journal of Health Services, v. 26, n. 3 (1996).

“The Ambivalent Potential of Cultural Identity,” in The Canadian Journal of Political Science, March 1996.

“Getting Representation Right for Women in Development,” in The IDS Bulletin, July 1995 (also published as a book chapter, as noted below).

“Marketing Care: The Politicization of Health Care in Britain,” in Studies in Political Economy, Fall 1994.

“Economic Liberalization as a Prologue to Democracy,” in The Canadian Journal of Development Studies, July 1994.

“Redefining Responsibility: The Politics of Citizenship in the UK,” in The Canadian Journal of Political Science, September 1991.

“The Dialectics of Law and Politics: Federal Health Policy in Canada and the EU,” in Finn Laursen, ed. The European Union and Federalism: Polities and Policies Compared (Ashgate Press, 2010).

“Multiculturalism and the Right to Recognition,” in Don Carmichael, Tom Pocklington, and Greg Pyrcz, eds. Democracy, Rights, and Well-Being in Canada. Harcourt-Brace, 1999.

Dr. Fierlbeck is cross-appointed to the Department of Community Health and Epidemiology, the Department of International Development Studies, and the European Studies Program. She is a Senior Research Fellow at the Healthy Populations Institute, and is on the research committee for the MacEachen Institute for Public Policy. Dr. Fierlbeck is Director of the Jean Monnet Network for Health Law and Policy (http://jmhealthnet.org/), an EU-funded network promoting research on health law and policy across Europe and North America. Her current CIHR-funded research includes a project investigating upstream determinants of effective COVID-19 response: learning from comparisons across Canada's provinces and another looking at the impact of retirement income programs on health and health equity among Canadian seniors.