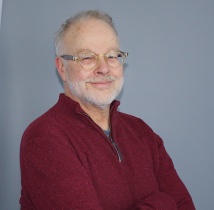 David Black's research interests focus on Canada’s role in “development cooperation” and in Sub-Saharan Africa (including human security, diplomacy, and the extractive sector); sport in world politics and development; and disability and global development. He has also published on human rights and identity in Canadian and South African foreign policies, and on post-apartheid South Africa in Africa.

Professor David Black has spent many years back and forth between Ontario and Nova Scotia.  Growing up in Downsview, a very multicultural and working class suburban area of Toronto, he was fortunate to live in the midst of many different, and rapidly changing, ethnic communities. His undergraduate university years first kept him in Ontario as

he attended Trent University where he got his BA. Then he headed east to Halifax to Dalhousie to work his way through his MA degree. He remained at Dalhousie for his PhD but then found himself back in Ontario for several years, including a SSHRC Post-Doctoral Fellowship at Queen’s University. Then, it was back to Dal when he initially took up a one-year sessional appointment in Dal’s Political Science department, and was then lucky enough to get a tenure-stream position the following year.

“Dalhousie has always been a great place for me given my interests in Canadian foreign policy, Africa, and international development,” he says. “It has always had some of the leading scholars in the country in each of these areas, and as a result has attracted great students at both undergraduate and graduate levels, who continue to help me see the world in new ways every year.”

Dr.  Black explains that he has always studied Political Science in relation to interdisciplinary subjects, such as International Development Studies, but what he says has most drawn him towards political science is the undeniable importance of the issues:

“The way they shape peoples lives and determine the trajectory of communities – local, national, and international. It is their combination of immediate urgency and timelessness. I also like the way they combine a focus on critically analyzing the world as it is, and the world as we would like to see it – the world that ought to be. Today, Political Science helps us think about the challenges and prospects for dealing with global environmental pressures, the prospects for inclusion of historically marginalized communities, the reasons for persistent armed conflicts and possible paths toward their resolution, and how we should think about and work towards a more just global order. It is hard not to get excited about issues of this importance, and the ideas that help us make sense of them.”

Dr. Black says that his favorite course to teach is the third-year level course, Sport and Politics (POLI 3311).

“It is quite innovative; to the best of my knowledge, it was the first offered at a Political Science department in Canada and is still one of only two in the country. What I like about it is that it offers an unconventional and highly accessible ‘window’ on some of the most important and enduring issues in Political Science. Virtually everyone has been exposed to, and has well developed views on, sport – whether positive or negative. But they are typically not used to thinking about how it relates to issues of social and political power, the way it has been used to accumulate ‘soft power’ in international relations, how it has been tied up with the development strategies of ‘rising states’, how it both reflects and reinforces national identities and social cleavages such as gender, ethnicity, religion, class, etc. We get to talk about some of the really big issues in the field through a prism that virtually all students can relate to.”

Dr. Black says that students should consider studying Political Science because it will give them the skills, tools, and insights required to make sense of the many of the critical challenges facing contemporary governments and societies.

“These critical challenges have profound implications for the future of the societies we live in.  Understanding the challenges is the first, essential step towards thinking about potential ways forward – potential solutions. So, besides the research, communication, and analytical skills you develop (which along with all Arts and Social Sciences degrees are applicable to a wide range of careers and roles), Political Science enables students to be informed and engaged citizens.”