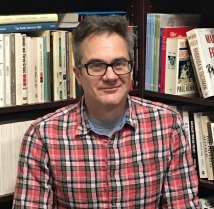 This is a new multi-year project designed to identify different models for network-driven policy coordination, uncover the sources of that variation, and assess the different models’ efficacy in bringing about effective and sustainable coordination. The initial research focus is on US-Canada coordination on contemporary national security and public safety issues—i.e., counter-terrorism, organized crime, illegal immigration and human trafficking, natural disasters, and infectious disease.

The Making and Unmaking of North America, research monograph, in progress.

This ongoing project looks at the history of regional integration in North America, with a focus on discursive struggles to build up or tear down coalitions in support of closer regional cooperation.

Dr. Bow has been the Director of Dalhousie’s Centre for the Study of Security and Development (CSSD, formerly Centre for Foreign Policy Studies) since August 2014. He is also currently a research fellow at the Canadian Global Affairs Institute (CGAI), the North American Research Initiative (NARI), and the Borders in Globalization (BIG) collaborative project at University of Victoria. He has previously been a visiting fellow or researcher at American University’s Center for North American Studies (CNAS), the Woodrow Wilson Center, Georgetown University, Carleton University and the Australian National University.