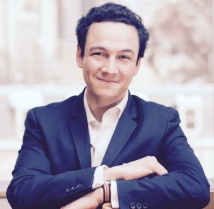 Research Overview:
Forced migration has become an increasingly widespread feature of the contemporary world. The population of individuals globally displaced now exceeds the highest figures ever on record in the post-war period. Exacerbating this, international protection and resettlement options for refugees have significantly deteriorated in recent decades, despite a greater capacity for global governance and the intensified institutionalization of humanitarian assistance. This reality underscores the pressing need to develop new responses to forced displacement.

As Canada Research Chair in Forced Migration Governance and Refugee Protection, Dr. Kiran Banerjee’s research provides insights into how successful and sustainable refugee policies emerge. To do so, Banerjee focuses on non-state actors and agents that are often under-studied in accounts of forced migration. In bridging normative, theoretical, and policy-oriented perspectives, his research brings a holistic and multilevel analysis to the study of refugee assistance, highlighting the interdependent dimensions of effective domestic refugee resettlement, multilateral asylum policy, and global cooperation on the provision of international protection.

At a national level, Canada's ongoing commitment to the Global Compact for Refugees and supporting knowledge regarding refugee resettlement indicates a need for future work in this area. At the global level, the increased politicization of migration, alongside stalled efforts to reform the refugee regime makes such research urgently necessary. This work speaks directly to these concerns by providing valuable data and resources for the formation and crafting of a more effective refugee policy. In this way, Banerjee will advance improved solutions to forced migration across domestic, regional, and international contexts that respond to the needs of refugees.

“Citizens, Subjects or Tyrants?  Relocating the People in Pocock’s The Machiavellian Moment,” (with Mauricio Suchowlansky) History of European Ideas (2016).

“Toward Postnational Membership? Tensions and Transformation in German and EU Citizenship,” Journal of International Law and International Relations, Vol 10 (2014).

“Rawls on the Embedded Self: Liberalism as an Affective Regime,” (with Jeff Bercuson) European Journal of Political Theory, 14.2 (2014).

“Re-theorizing Human Rights through the Refugee: On the Interrelation Between Democracy and Global Justice,” Refuge: Canada’s Periodical on Refugees, Vol 27, No. 1 (2010).

Hannah Arendt and the Algorithm: Rereading The Human Condition in the Digital Age. The Canadian Political Science Association, Regina, SK, 2018.