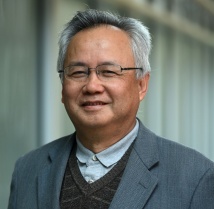 Dr. Jian Wang received a master’s degree in physiology in 1989 from the Southeast University of Nanjing, China, where he served as a medical school teacher for several years. He received a master’s degree in audiology in 1998 and a PhD in hearing science in 2000 from the State University of New York at Buffalo. He joined the faculty at the School of Communication Sciences and Disorders in 2001. He teaches basic courses in hearing science and instrumentation for audiology, as well as a seminar in selected topics in audiology.

Dr. Wang’s publications and presentations focus on a variety of topics in hearing science, including: cochlear gene therapy for the prevention of hearing loss due to aging, noise and ototoxic drugs, mechanisms of noise-induced hearing loss, and coding and plasticity in the auditory system induced by hearing loss.

Dr. Wang is currently the principal investigators of three national grants, two from CIHR supporting the research in cochlear gene therapy and relationship between hearing loss and cognitive impairment, and one from NSERC on the physiology of ribbon synapses in cochlea. He is also involved in collaborative research with two institutes in China and holds 3 research grants there as co-PI.