School of Communication Sciences and Disorders Faculty of Health 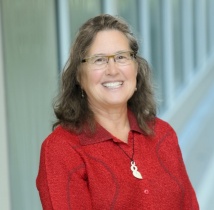 Dr. Elizabeth (Mandy) Kay-Raining Bird (PhD Madison, Wisconsin) is a professor in the School of Communication Sciences and Disorders at Dalhousie University and a certified speech-language pathologist. Her research and teaching is in the area of child language development and disorders, with a particular focus on bilingualism, Down syndrome, and Autism Spectrum Disorders. She has provided research mentorship for over 70 students at the undergraduate and graduate level.

Dr. Kay-Raining Bird has published and presented extensively on issues related to cultural and linguistic diversity, bilingualism, language and literacy development, and the effectiveness of speech, language and reading interventions. Currently she is co-investigator on two SSHRC-funded grants. The first is studying discourse skills in typically developing monolingual and bilingual children. The second is investigating the success of children with developmental disabilities in French Immersion programs.

Dr. Kay-Raining Bird has served her professional and academic communities in multiple ways over the years. She was the first university representative of the Speech-Language and Audiology Canada (SAC) Board, chaired the SAC advisory committee on Speech, Language and Hearing Services for First Nations, Métis and Inuit from 2009 to 2011, and served as president on the Nova Scotia Speech and Hearing Association from 2008 to 2010. She was the Editor of the Canadian Journal of Speech-language Pathology and Audiology (then JSLPA) from 1996 to 1999; Associate Editor of the Journal of Speech-Language and Hearing Research from 2012 – 2017, and is currently a member of editorial board of Languages.

At a community level, Dr. Kay-Raining Bird has been very active on various anti-poverty initiatives, most recently advocating for a Basic Income as chair of Basic Income Nova Scotia.