Centre for Learning and Teaching

Congratulations to the Biodiversity Working Group!

Congratulations to the Biodiversity Working Group!

Award for Excellence in Education for Diversity

Award for Excellence in Graduate Supervision

Contract and Limited-term Faculty Award for Excellence in Teaching

Congratulations to the 2022 recipients!

Congratulations to the 2022 recipients!

Sessional and Part-time Instructor Award for Excellence in Teaching

Dalhousie University has an exceptional and complementary array of faculty and instructors, all who have help to build Dalhousie’s reputation for educational excellence across Canada and around the world. Dalhousie honours instructors and graduate students on an annual basis with a number of teaching excellence and innovation awards for their contribution to maintaining and supporting Dalhousie's reputation as being a leader in higher education.

Award for Excellence in Education for Diversity

Award for Excellence in Graduate Supervision 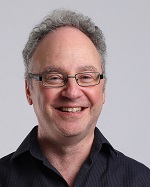 Jason I. Brown is a professor in the Department of Mathematics and Statistics at Dalhousie University, and has written over 100 research articles on graphs and networks, with special emphasis on the connections to other branches of mathematics (including algebra, analysis and probability). As well, his work that used mathematics to uncover mysteries surrounding the music of the Beatles has garnered worldwide attention, including national and international newspapers, CBC, BBC and NPR radio, Guitar Player magazine, and the web sites of Wired and the Wall Street Journal.

Contract and Limited-term Faculty Award for Excellence in Teaching

Heather Cray, PhD. has been an Instructor in Earth and Environmental Sciences and the School for Resource and Environmental Studies since 2019 where she teaches environmental science, education, sustainability, research methods, and field courses to undergraduate and graduate students. Dr. Cray received her PhD from the University of Waterloo in Restoration Ecology, her MSc in Geography from McGill University, and her Joint Honours Bachelor’s in Geography and International Development Studies from McGill University. She is passionate about curiosity-led learning, accessibility and inclusion, and universal design for learning. 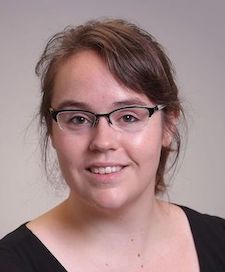 A native of St. John's, Newfoundland, Angela received her B.Sc.H. from MUN in Applied Mathematics/Chemistry in 2008 before completing her Ph.D. at UBC in 2014. Angela then took her passion for chemistry to the classroom as the First Year Chemistry Program Coordinator at UBC in 2014, followed by Dalhousie in 2016, where she has been ever since. Angela's goal in teaching chemistry is that students leave class with a strong appreciation of the chemistry that occurs around us every day and develop life-long skills that they can transfer to whatever discipline they may choose in their academic or post-graduate career. Over the last 6 years, Angela’s teaching methods have evolved greatly as she has been redesigning the First Year Chemistry Program using Universal Design for Learning principles along with the incorporation of more active experiences for students to achieve higher level learning and mastery as is defined by Bloom’s Taxonomy.

Sessional and Part-time Instructor Award for Excellence in Teaching 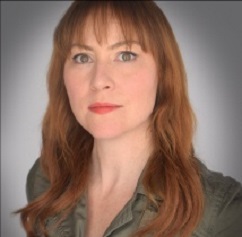 Dr. Becca Babcock is a writing instructor, writer, and actor. She has taught writing, English, and Canadian Studies courses at Dalhousie, and has previously worked as an instructional designer. She has published two books: a novel, One Who Has Been Here Before (Vagrant Press/Nimbus Publishing, 2021) and a short story cycle, Every Second Weekend (Blaurock Press, 2011). Her forthcoming novel (Vagrant Press/Nimbus Publishing) is due in spring 2023.