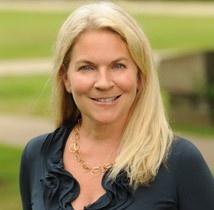 Liesl Gambold is an anthropologist whose earlier work in Russia focused on economic and social responses to political and market restructuring, gender relations in rural communities, and the struggle between individual and group ideologies. She studied the structures in Russian village life that were salient to local residents, who were not fundamentally resistant towards the changing power structures of their rural agricultural sectors, but were less inclined to decollectivize the social nature of their village. This led to further research on the emotional ties of collective work and property as they relate to two areas: reason and emotion in socialist culture; and anthropological and economic accounts of the moral economy and governance of the commons.

Dr. Gambold’s current anthropological research is on aging and international retirement migration. As baby boomers enter retirement age, shifts in their demographics and lifestyle choices are increasingly salient in policy-making and academic discussions. Dr. Gambold has conducted research in Mexico among Canadians and Americans who have permanently migrated south, in southern France and Spain, which have been popular European retirement destinations for decades, in Sweden and Germany, where she interviewed residents at LGBT aging and housing facilities, and in Brussels where she interviewed European Union officials about EU pensioner, migration and health policies. Dr. Gambold is a research associate at Dalhousie’s European Union Centre of Excellence.