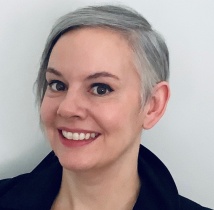 Professor Fitting researches various aspects of the political economy of food, ranging from the regulation of, and public debate around, transgenic maize in Mexico, the effects of structural adjustment and trade liberalization policies on agricultural livelihoods and labour migration to activist responses to seed regulations in Colombia and Mexico.

Her current research explores social reproduction and the livelihoods of Jamaican and Mexican seasonal agricultural workers in Nova Scotia (SSHRC Insight Grant, 2019-2024). She is also Co-Investigator on a project examining the global political economy of Nova Scotia’s local food movement, with Dr. Catherine Bryan and Dr. Karen Foster, and in collaboration with, and funded by, the Mobile Lives Forum. Liz contributes to the NS Migration Research Forum, an interdisciplinary network of academic and community researchers focused on migration and mobility in Nova Scotia and is an International Advisory Board member for the Journal of Peasant Studies.

At Dalhousie, Liz has taught courses on the anthropology of food, food activism, migration and identity, the history of anthropological theory, culture and environment, globalization, gender and sexuality in Latin America, theories of the state, an advanced seminar in the department’s concentration on economy, work, and development, and co-taught an introductory course called Global Politics and Society.

Dr. Fitting is unable to supervise new graduate students for the 2023-24 academic year.