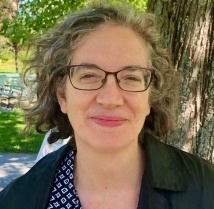 A social anthropologist, Lindsay DuBois conducts research on the politics of culture and the relationship between culture, history and political economy. She considers these questions with respect to particular and concrete experiences of individuals and social groups in Argentina. Dr. DuBois is currently writing about social welfare policies which aim to reduce child poverty and child labour in Argentina. Her fieldwork in Mar del Plata Argentina examined material and non-material effects of the Conditional Cash Transfer Program and related policies.

Previously, she carried out an oral history project with radical activist pensioners in Buenos Aires, asking questions about where activism comes from and what sustains it over time.  Before that, Dr. DuBois conducted ethnographic fieldwork on the politics of the past in a working-class housing project in La Matanza, a suburb of Buenos Aires. Addressing the period from 1972 to 1992, this work examined the lasting impact of political repression and neoliberal restructuring on the lives of working-class Argentines.