Department of Philosophy Faculty of Arts and Social Sciences

Due to the changes in course delivery, details for classes in Fall 2020 will be continually updated.

People average about three careers in their lifetimes.  Study philosophy and be prepared for all of them.

Congratulations to Tiffany Gordon,(PhD, Philosophy) for being one of the Open Thinkers

Congratulations to Tiffany Gordon,(PhD, Philosophy) for being one of the Open Thinkers

Welcome to the Department of Philosophy

We are a close knit and supportive community of scholars, professors, students and alumni

We are a close knit and supportive community of scholars, professors, students and alumni

Respected and award-winning faculty and alumni

In Philosophy classes, students are encouraged to think independently, to become more thoughtful, tolerant citizens, in preparation for any career

In Philosophy classes, students are encouraged to think independently, to become more thoughtful, tolerant citizens, in preparation for any career

Join us for our Friday afternoon colloquium

Professors, students and anyone interested, gather together in an ongoing colloquium series held every friday afternoon, year-round

Professors, students and anyone interested, gather together in an ongoing colloquium series held every friday afternoon, year-round 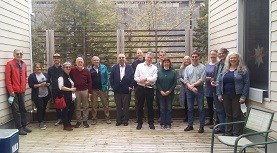 The Dalhousie University Department of Philosophy is one of the most active and supportive philosophy departments in Canada. Our program will prepare you for any career because philosophy is the ultimate transferable skill.

DEPARTMENT CLOSED DUE TO COVID-19

As of March 18, 2020, the Philosophy Department will be closed; and administrative staff will be working from home for the time being.
Please do not hesitate to contact us at dalphil@dal.ca during this time.

PLEASE NOTE:
In light of the COVID-19 precautions and self-isolation, until future notice, the colloquium will be presented in on-line format via Zoom.   Link will be live at 3:00 pm, colloquium will begin at 3:30 pm, as usual.

The colloquium is held every Friday beginning at 3:30 pm  in Room 1130 of the Marion McCain Building (unless otherwise indicated). During the first hour a paper is presented. In the second hour, questions and discussion take place.

Our CUPE Part-time Academic Postings for Fall & Winter are now listed at  www.dal.ca/careers. You can also access each posting as follows:

Where do I begin? 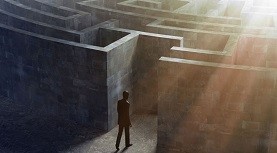 The basic skills practiced in philosophy are the very skills demanded and rewarded in the most lucrative, influential professions. Start your journey by registering for a first-year course or pick a second-year course in an area of interest to you.

The Speak Truth to Power Forum on Friday, june 5th.

Congratulations to Erik Nelson (PhD), who had his article published in The Conversation.

Congratulations to Tiffany Gordon (PhD) who is part of the Dalhousie OpenThink. Tiffany will be writing a monthly blog on philosophy/race/feminism.

Letitia Meynell did an interview with Kevin Schneider about the amicus curiae briefs that she co-wrote with other philosophers for the Nonhuman Right Project. The interview can be found here.

Congratulations to Cameron Yetman for winning this year's University Medal in Philosophy, awarded annually to the student who graduates with the highest GPA in a philosophy degree program.

The Department is pleased to announce that Caroline Vardigans and Cameron Yetman are co-winners of this year's Hilton Page Prize, awarded annually to the student who wrote the best Honours Essay. Congratulations Caroline and Cameron!

Congratulations to Letitia Meynell, who is a co-principal investigator (with Ford Doolittle) on another successful New Frontiers Research Fund grant application, for a project called: “Testing 'It’s the song, not the singer(s)': microbiomes to Gaia”.