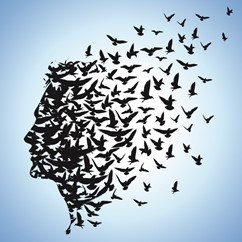 Where do I begin?

Register for a first-year course such as PHIL 1500 (Ethics, Social, and Political Philosophy) or PHIL 1501 (Epistemology, Metaphysics), or pick a second-year course in an area of interest to you and start there! A few second-year options include: PHIL 2020 Legal Thinking, PHIL 2480 Environmental Ethics, or PHIL 2660 Understanding Scientific Reasoning.

Dedicated to promoting active and engaged thinking and learning

The Dalhousie Department of Philosophy fosters an active and engaged intellectual community both in and out of the classroom. Our students develop creative thinking, careful reasoning, and lucid writing skills. In Philosophy classes, you will learn to think deeply, systematically, rigorously, and productively about profound issues in life that affect us all.

Our Department develops independent thinking, and students are encouraged to become more thoughtful, tolerant citizens, in preparation for any career.

Our Graduate Program is small and selective.  There are typically six to ten MA students and four to six PhD students.  Graduate students receive individual attention, and courses of study can be developed to suit individual interests.  The atmosphere is friendly, stimulating and supportive, and there is a great deal of faculty/student interaction.

About our weekly Colloquia

The Department of Philosophy's colloquium series takes place every Friday afternoon. It is an eagerly anticipated forum where faculty and students have the opportunity to develop and present work and to engage in lively philosophical exchange. Each colloquium is attended by faculty, graduate students, as well as interested faculty from other departments and universities. Faculty will present in-progress papers,  and graduate students are encouraged to present their theses.

The colloquia are held every Friday beginning at 3:30 pm  in Room 1130 of the Marion McCain Building (unless otherwise indicated). During the first hour a paper is presented. In the second hour, questions and discussion take place.

Dalhousie’s first Philosophy classes were offered in 1838 by Thomas McCulloch, the university’s first president, who was also well-known as a political commentator and author of the satirical Stepsure Letters. William Lyall, author of Intellect, the Emotions, and the Moral Nature (1855), joined the university in 1863. He was a founding member of the Royal Society of Canada. In 1879 the university was rescued from near bankruptcy by a benefactor, George Munro, who generously endowed several chairs including one in Metaphysics in 1884. The first holder was Jacob Gould Schurman, who published several books of philosophy. [He left Dalhousie for Cornell University, where he founded the Philosophical Review, and later served as university president.] In 1913, the Munro Chair was taken by Herbert Leslie Stewart. He was author of several books including Questions of the Day in Philosophy and Psychology (1912), the founding editor of the Dalhousie Review, and elected FRSC. Psychology was taught jointly with Philosophy until after WWII (1948, the year in which George Parkin Grant was hired to replace Stewart). Grant’s departure in 1959 marks the end of an era.

The arrival of David Braybrooke, FRSC, in 1963, marked the beginning of a new era. Author of a dozen books, including Three Tests for Democracy (1968) and Meeting Needs (1987), Braybrooke led the department by example. Several new appointments in the late 60s and early 70s assured the ‘analytical’ character of the department. The late Roland Puccetti (Persons, 1968) developed an international reputation in cognitive science while at Dalhousie. The hiring of Susan Sherwin (in 1974) inaugurated the development of the new fields of feminist philosophy, and health care ethics. Her No Longer Patient (1992) has become a classic, and she is also FRSC. With this new focus and growth came a revival of the department’s graduate programme. The Masters degree had been awarded already in the 1800s, but only occasionally. In the 1970s there were 37 Masters graduates. As the department’s national reputation grew, a PhD programme was developed, graduating its first candidate in 1991 The department is now replacing the members who joined in the late 60s and early 70s, and the tradition of a student-friendly, research-oriented department continues. The famous ‘Friday Seminar’, regularly attended by all faculty and graduate students (and many others), and held as often as 48 weeks a year, continues unabated.