Researchers have discovered a potential new tool in the fight against ticks in the same place the prolific insects are found. A team led by Dr. Shelley Adamo, a professor in the Department of Psychology and Neuroscience, found that balsam fir needles can kill blacklegged ticks during the winter, preventing them from surviving until spring. The finding offers hope that this natural resource could be used to reduce both the tick population and the spread of Lyme disease, which can cause fever, fatigue, and a skin rash and can spread to the joints, heart, and nervous system.
RESEARCHER: Shelley Adamo
Further reading: Balsam fir needles could help kill blacklegged ticks and reduce the spread of Lyme disease, study shows

An innovative “climate scorecard” developed by Dal researchers reveals which species will be winners or losers under climate change if greenhouse gases continue to be emitted at high rates. Their report evaluated climate risk for 25,000 marine species under two different scenarios: one in which emissions are high and the other if emissions are sharply reduced. Under the worst-case emissions scenario, 87 per cent of marine species would be under critical climate risk. The study analyzed how the species’ characteristics, such as body size and temperature tolerance, interact with past and future climate conditions in all parts of the ocean where they live.
RESEARCHERS: Daniel Boyce, Derek Tittensor, Boris Worm; and University College London (UK) Bedford Institute of Oceanography (Canada)
Further reading: Climate risk index shows threats to 90 per cent of the world’s marine species

The Ocean Tracking Network, headquartered at Dalhousie University, has been awarded a grant of $38.5 million from the Canada Foundation for Innovation’s (CFI) Major Science Initiatives Fund. Since 2008, OTN has deployed innovative ocean monitoring equipment and marine auton- omous vehicles (gliders) in key aquatic locations around the globe and has since expanded to include remotely operated vehicles and side scan sonar technology. 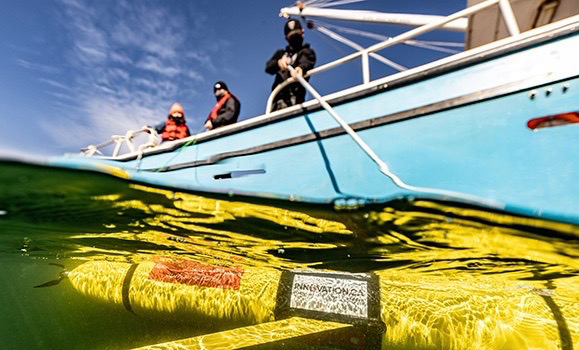 Collaborators around the world use OTN’s global infrastructure and analytical tools to document the movements of more than 300 keystone and commercially and culturally valuable aquatic species in the context of changing ocean and freshwater environments.
RESEARCHERS: Sara Iverson, Fred Whoriskey
Further reading: Canada Foundation for Innovation invests $38.5M in Dal‐led Ocean Tracking Network

N.S. report finds the kids are not alright

Dal researchers have provided a comprehensive glimpse into the well-being of children and youth in Nova Scotia in a unique report that looked at their security, development, and physical and mental health through the lens of a child’s rights. One Chance to be a Child was led by Dal’s Department of Pediatrics and the Healthy Populations Institute, and used datasets and consultations with young people to uncover for the first time what is known about the well-being of youth in the province. They found that while many young people are doing well, too many are being left behind. For example, one in five children and youth reported low life satisfaction, living in a food-insecure household, or feeling unsafe or threatened at school due to bullying in 2018-2019.
RESEARCHERS: Laura Stymiest, Sara Kirk, Andrew Lynk
Further reading: Are the kids alright? New study provides first‐ever comprehensive snapshot of youth well‐being in Nova Scotia

As COVID-19 spread around the world after emerging in China, people of Asian descent started to experience one of the pandemic’s uglier consequences—a surge in discrimination that involved both verbal and physical abuse. A team at Dalhousie looked into how COVID-19 affected Asian Canadians’ sense of safety and found that many experienced outright racism or felt unsafe because of the unexpected and unpredictable nature of discrimination. The researchers interviewed Asian Canadian women and men from March to May 2021. All said they experienced a range of emotions, including anxiety, depression, and anger, leaving them feeling that they couldn’t safely use public spaces for fear of discrimination. But many also said they felt connected to their communities in Canada.
RESEARCHERS: Josh Ng-Kamstra, Stephana Julia Moss, Jeanna Parsons Leigh, Faizah Tiifu, Emily FitzGerald, Rebecca Brundin-Mathers, Alexandra Dodds, Amanpreet Brar, Chloe Moira de Grood, Henry T. Stelfox, Kirsten M. Fiest
Further reading: Asian Canadians felt unsafe due to discrimination linked to the COVID‐19 pandemic, study shows

A challenge as big as climate change requires investigating all the angles. Among the 42 Dalhousie researchers receiving a share of $7 million in new NSERC Discovery Grants are three addressing the issue from completely different directions. Oceanographer Katja Fennel is accessing data from thousands of submergible floats scattered around the ocean to learn about its dynamics and composition. Entomologist Paul Manning is working to understand how the method dung beetles use to nest in cow patties can impact the output of methane gas. Physicist Penghao Xiao is focused on solving a dizzying number of equations to get insights into what charges battery science. In their own ways, they are all seeking insights and solutions that could help assuage a climate catastrophe.
RESEARCHERS: Katja Fennel, Paul Manning and Penghao Xiao
Further reading: Taking climate action: Submergible buoys, dung beetles, better batteries 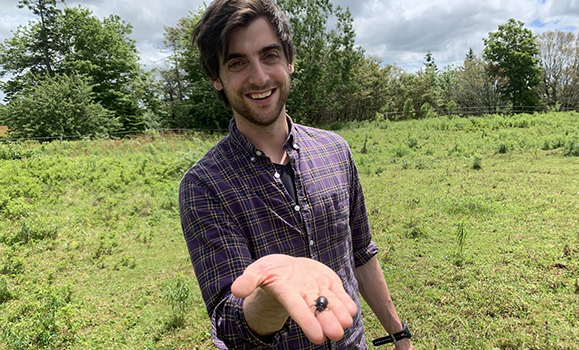 Entomologist Paul Manning is working to understand how the method dung beetles use to nest in cow patties can impact the output of methane gas (supplied photo).