When a challenge is as big as climate change there are plenty of ways to investigate it. Among the 42 Dalhousie researchers receiving a share of $7 million in new NSERC Discovery Grants are three addressing the issue from completely different directions.

Oceanographer, Katja Fennel is accessing data from thousands of submergible floats scattered around the ocean to learn about its dynamics and composition. Entomologist, Paul Manning is working to understand how the method dung beetles choose to nest in cow patties can impact the output of methane gas. Physicist, Penghao Xiao focuses on solving a dizzying number of equations to get insights into what charges battery science.

In their own ways, they are all seeking insights and solutions that could help assuage a climate catastrophe.

A problem as big as the ocean 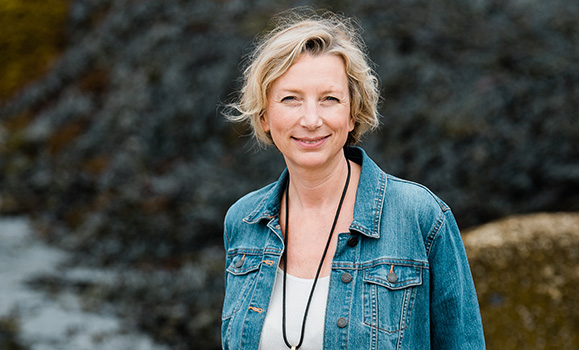 “The ocean is a hugely important sink for carbon,” says Katja Fennel. “It really has mitigated global warming by taking up a lot of the fossil fuel carbon that we put into the atmosphere. But it’s not always going to continue to take up at that rate. At some point the ocean could become a source of CO2 for the atmosphere.”

Dr. Fennel is trying to get a handle on how the ocean is changing in its ability to cycle carbon and oxygen, because life below and above the water depends on it.

To get the data she needs, she relies on readings beamed up to satellites by close to 4,000 submergible Argo floats that dot the ocean from the South Atlantic to the North Pacific and everywhere in between. Initially launched 20 years ago, the fleet of floats drift on ocean currents and dive to depths of up to 2,000 meters to provide feedback on how the ocean is moving and its chemical constituents.

Dr. Fennel is focused on readings from a new set of floats released in the last two years. The floats are equipped with biogeochemical sensors that provide real time data on the presence of plankton biomass, nitrate, and oxygen in the water and how it is, or isn’t, circulating.

The fear is that global warming is causing the ocean to become increasingly stratified. A serious problem, because this means the nutrients from the bottom of the ocean that feed the microscopic plants at the top, the so-called phytoplankton, aren’t circulating there.

Dr. Fennel says phytoplankton are the basis of the marine food web. They soak up tremendous amounts of carbon dioxide from the atmosphere and act as a vehicle to cycle the gas into to the deep ocean where it is sequestered for centuries to millennia. She says that even a slight decline in the ocean’s microscopic plant life may have dire consequences for ocean life and climate change. 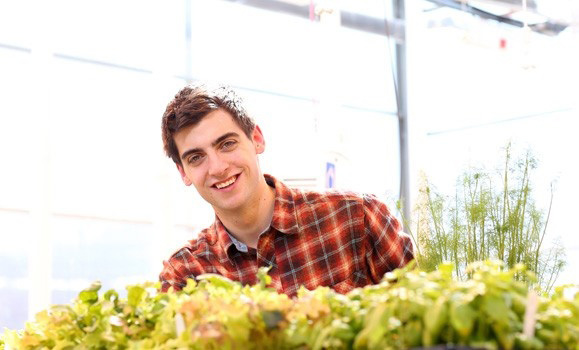 “The big question that we are thinking about in my field is: ‘Okay, we see evidence that many insects are in decline – what does this mean for the health of our environment?’” says Paul Manning.

In the case of dung beetles, Dr. Manning says one of the most alarming consequences could be a diminished ability to mitigate the greenhouse gases generated by livestock production. He explains that in addition to the methane produced by the gassy ruminators, dung dropped in pastures continues to off-gas the climate-changing hydrocarbon.

“A dung pat is an oxygen poor environment, and there are microbes in there that continue to emit methane,” says Dr. Manning. “But when you add beetles to it that are tunnelling in, they are introducing little pockets of oxygen. That kills off the methanogens and helps reduce the environmental impact of pasture-based livestock production.”

Dwellers vs tunnellers, and those in between

Dr. Manning says there are two main kinds of beetles that breed in cow feces in Atlantic Canada – dwellers and tunnellers. Dwellers lay their eggs on cowpats where their larvae develop. Tunnellers burrow up into the dung from underneath and pull the feces into underground nests.

But there is also a beetle that can go either way. Dr. Manning is investigating how changes in environmental conditions can influence this beetle’s choice in nesting strategy. He hopes to demonstrate how an increase in tunnellers that push the dung into the earth can result in a decrease of greenhouse gas emissions and improve carbon storage in the soil.

“If you look at a greenhouse gas profile of the livestock sector, a big part of that comes down to manure management,” says Dr. Manning. “And when it’s on pasture, having a healthy dung beetle community there can provide numerous important benefits.” 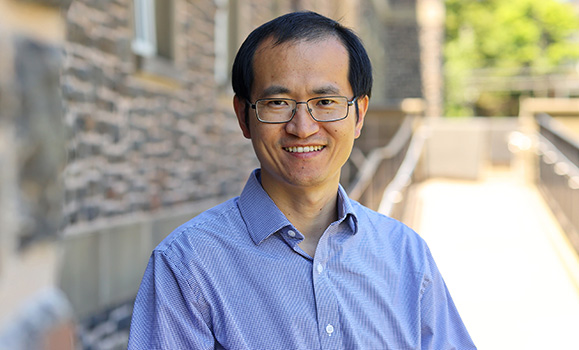 Penghao Xiao is a member of a team of researchers that has made Dal a global leader for battery science. His work is focused on building cheaper, more powerful and longer-lasting batteries that will allow humanity to reduce its dependence on burning fossil fuels.

To help people visualize his research, he asks them picture the innerworkings of a battery like cars driving through a city. The cars are lithium ions that speed around the roads when fueled with energy. The roads are elements like graphite, cobalt, nickel, and manganese oxide – they offer the infrastructure that allows lithium to travel. His work aims to make the cars move faster and the roads smoother, more resilient, and environmentally friendly.

“You want the lithium to move very fast, so you can charge your phone in a half hour or charge your car in an hour. The other aspect is that you want your framework to deteriorate slowly. Once you build the battery you can’t repair it, so you want damage to the infrastructure to happen at a very slow pace,” he says.

The goal is to find atomic combinations that allow traffic to zip around at top speed for 100 years or more. However, Dr. Xiao explains that these combinations can’t easily be discovered in chemical experiments in the lab. He says lithium ions are too small to see and are under constant motion, making it extremely difficult to find the bottlenecks that cause traffic jams.

The speed of simulation

So, rather than trying to make direct observations, he uses complex equations and supercomputers to create simulations of how the ions move and how the infrastructure accommodates their motion over time. By simulating thousands of variations, he aims to find a combination that offers maximum speed and resilience.

“We start our simulations with electrons which are so small that quantum mechanics need to be considered, then extend to a very large scale, like hundreds of thousands of atoms, to see what the effect in the real material might be. Eventually we will compare the macroscopic observations we’ve simulated from this multi-scale approach to physical experiments, so that we can back up what we found.”