Both balsam fir needles and the essential oil extracted from the needles can work as a natural acaricide, or substance that can kill ticks and mites. (Ben den Engelsen photo/Unsplash)

Researchers at Dal have discovered that balsam fir needles can kill blacklegged ticks during the winter, preventing them from surviving until spring. The finding offers hope that this natural resource could be used to reduce both the tick population and the spread of Lyme disease.

Shelley Adamo, a professor in the Department of Psychology and Neuroscience, outlined the findings in a new paper she co-authored with colleagues at both Dalhousie and Acadia University.

"Few natural products are as effective as balsam fir.  It killed almost 100 per cent of overwintering ticks," says Dr. Adamo.

The fact that low temperatures may promote the effectiveness of the natural product suggests that more could be done in the winter months to control the population and people's exposure to the insects in the warmer months.

"Winter is an overlooked season for tick control and should be explored as a possible time for the application of low toxicity products for successful tick management," states the paper, published recently in Scientific Reports. 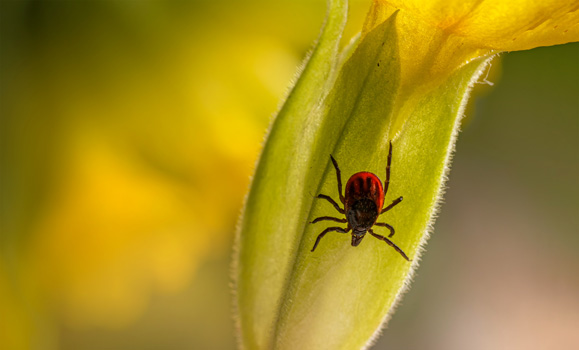 Related reading: Why dental professionals should know about the signs and symptoms of Lyme disease

From field tests to real-world application

Other studies have shown that applications of acaricides prior to spring can significantly reduce the numbers of early season ticks, suggesting that reducing overwintering survival will reduce numbers in the spring.

"In this paper, we demonstrate that it may be possible to boost the effectiveness of essential oils by applying them during the winter season when temperatures are low," it states.

Dr. Adamo says a single patch of balsam fir needles was able to kill ticks in the open tube field tests despite winter rain and periodic snow melts. She says the next step will be to demonstrate whether balsam fir needles can kill overwintering ticks under real-world conditions.

The blacklegged tick carries Borrelia burgdorferi, a bacterium that causes Lyme disease, which can result in fever, headache, fatigue and a skin rash. If left untreated, infection can spread to the joints, heart and nervous system.