Professor and Director of Clinical Training 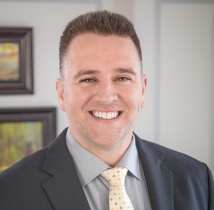 Dr. Simon Sherry directs Dalhousie University’s Personality Research Team. Dr. Sherry and his team are responsible for making critical advancements in our understanding of the link between personality and mental health; in particular, they have clarified the contribution of perfectionism to depression, anxiety, eating disorders, relationship problems, and suicide. Dr. Sherry also researches alcohol problems.

In his clinical practice, Dr. Simon Sherry treats and assesses various problems in both individuals and couples. He specializes in treating and assessing perfectionism, depression, anxiety, eating disorders, alcohol problems, and personality disorders. Dr. Sherry is also a strong advocate for the science and the practice of clinical psychology. He regularly works with the media as part of his goal to educate the public about mental health problems in a scientific, non-sensationalized way.