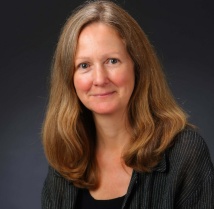 Dr. Moira L. McConnell is a Professor of Law Emerita and Honorary Fellow of the Marine & Environmental Law Institute ( MELAW). She retired from fulltime teaching in 2015 but remains engaged in numerous research projects and supervision of masters and doctoral students at the Law School and other departments including the Marine Affairs Programme.   In 2015 she was appointed to the UN World Maritime University (WMU) as External Examiner. A former Director of the MELAW she  has been a member of the Faculty of Law at Dalhousie University for over 25 years  and a member of the Nova Scotia Bar Society since 1990. She has had many important “law in practice” roles in her career including over a decade as a Special Advisor to the ILO in connection with the Maritime Labour Convention, 2006 .  She is also a former Executive Director the Law Reform Commission of Nova Scotia.  Over the last nearly 30 years Professor McConnell has undertaken numerous international, regional and national legal implementation projects related to the law of the sea and to maritime law and remains involved with projects  with colleagues in MELAW.

Professor McConnell's  research interests are in the fields of public and private international law and domestic law including international law, law of the sea, maritime law and policy, international labour law, environmental law, governance systems, corporate law and governance, administrative and constitutional law, social justice, contract law and human rights. She has over 100 publications in a wide range of topics in these fields. She is also a co-editor of the international interdisciplinary Ocean Yearbook (1998-ff), an Associate Editor of the Yearbook of International Environmental Law (2006-ff), and is on the editorial board of the WMU Journal of Maritime Affairs.

She is a co-editor of the international interdisciplinary Ocean Yearbook (1998 ff); an associate editor of the Yearbook of International Environmental Law (2006 ff), and is on the editorial boards of the WMU Journal of Maritime Affairs, the Global Journal of Comparative Law and the Journal of Arbitration and Mediation.

Professor McConnell has over 100 publications in various areas of research and has published widely in the fields of international law, law of the sea, international labour law, governance systems, corporate governance, administrative and constitutional law, environmental law, maritime law and policy, social justice, and human rights.