Professor of Law; Chair in Restorative Justice and Director of the Restorative Research, Innovation and Education Lab (RRIELab) 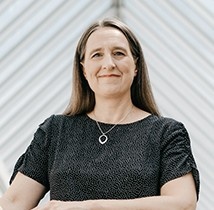 Jennifer Llewellyn, an ever-present voice and advocate for restorative justice, is The Chair in Restorative Justice and Director of the Restorative Research, Innovation and Education Lab (RRIELab). In 2018 she served as the scholar in residence for the Nova Scotia Human Rights Commission.  She has previously been a visiting professor at Vanderbilt, Victoria University in Wellington NZ, and Australian National University, and was the Distinguished Visiting Professor at Canberra University in 2018. Having published extensively on the theory and practice of a restorative approach, her teaching and research are focused in the areas of relational theory, restorative justice, truth commissions, peacebuilding, international and domestic human rights law, public law and Canadian constitutional law. From 2006-2012, Professor Llewellyn was the Director of the Nova Scotia Restorative Justice Community University Research Alliance (NSRJ-CURA), a collaborative research partnership between university and community partners focused on the institutionalization of restorative justice. She is currently Director of the International Learning Community on a Restorative Approach, an international collaboration of researchers, policy makers and practitioners supporting jurisdictions committed to being restorative communities.

An international subject matter expert in the area of restorative justice, Professor Llewellyn has advised governments and NGO’s and supported many governments, projects and programs including the Nova Scotia Restorative Justice Program, the Nova Scotia Human Rights Commission, the South African Truth and Reconciliation Commission, the Jamaican government, the government of New Zealand and the United Nations. Her world-renowned expertise resulted in her appointment as an expert on the UN mechanism to review the UN Basic Principles for the Use of Restorative Justice in Criminal Matters. Additionally, Professor Llewellyn facilitated the design process for the first ever restorative public inquiry (into the Nova Scotia Home for Colored Children) and served as a Commissioner for the Inquiry.  She previously advised the Assembly of First Nations and Canadian Truth and Reconciliation Commission on the response to Residential School abuse.

Recognized for her contribution in the field of restorative justice, Professor Llewellyn was awarded the National Ron Wiebe Restorative Justice Award from Correctional Services Canada in 2015 and was the 2018 recipient of the Canadian Social Sciences and Humanities Research Council National Impact Award, the highest award for research achievement and impact in Canada. In 2019, she received the Dalhousie University President's Research Excellence Award for Research Impact.

She has also worked extensively in the field internationally, including with the South African Truth and Reconciliation Commission, the Jamaican government, the government of New Zealand and the United Nations. She has co-edited two books in the area: Being Relational: Reflections on Relational Theory and Health Law (UBC Press, 2011) and Restorative Justice, Reconciliation and Peacebuilding (Oxford University Press, 2014).