L-R: A copy of page one the Peace and Friendship Treaties and the Mi'kmaq flag. (Nova Scotia Archives image/Bruce Bottomley photo) 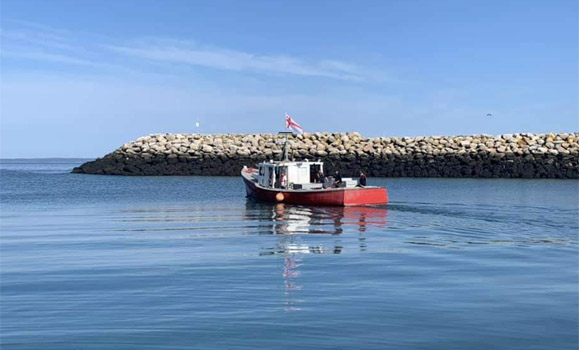 Constance MacIntosh, Viscount Bennett Professor of Law and an associate professor in the Schulich School of Law, has taught and researched issues of Indigenous and Aboriginal law and governance since joining Dal in 2003 after years of working as a litigator on claims around the constitutional rights of Indigenous peoples. She explains the importance of the Peace and Friendship Treaties today and explores some common misconceptions about treaty rights and her hopes for more meaningful partnerships in the future. 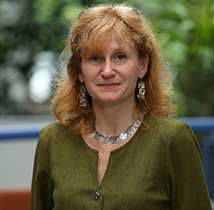 You mentioned that some fishers don’t believe the 1752 treaty includes that right to fish for moderate livelihood, which is a reasonable level of economic prosperity from natural resources. That view directly contradicts Canadian law. There’s a real problem with education about treaties in Canada. I’m not surprised people have such misconceptions. Treaties are a part of the Canadian Constitution, they are binding legal instruments, they are not discretionary. And they set out obligations on each side, which binds both parties. Just because one side hasn’t  always kept their side of the bargain doesn’t result in the bargain becoming unenforceable or invalid. So my first point is that I think that as long as people fail to understand that treaties are actually a part of the Canadian Constitution, a part of the fabric of our country, that reconciliation isn’t really possible.

One of the other misconceptions about treaties is that they are just about Indigenous people, but of course treaties need to be signed by more than one parties. These are signed by Indigenous peoples and Europeans or Canadians as a framework for rights and obligations. The phrase is a reminder that non-Indigenous people benefit enormously from treaties. I think the phrase is used in part to try to educate people about our past and obligations for the future. And it’s a reminder that we are all in this together.

In the short term, I’m really hopeful that we’ll see the rule of law being upheld. That any sort wrongful interference with the Mi’kmaq around the fisheries pursuant to their treaty rights will cease. In the longer term, I’m hopeful that this is going to spawn a more meaningful partnership between fisheries officials and Mi’kmaq representatives that takes treaty rights more seriously. Part of why communities are acting unilaterally now is because they’ve been waiting for 21 years for the federal government to work with them on implementing the 1752 treaty rights after the Supreme Court of Canada decided that they had a right, among other things, to fish for an income. When you think about that, that is an enormous amount of lost income and opportunity. Twenty-one years can be a person’s whole lifetime from being born to becoming a young adult. If we just think about what that sort of income infusion could have done for Mi’kmaq peoples, in terms of enhancing their own communities, lives, well-being and self-sufficienty. I think that the Mi’kmaq have actually been incredibly patient. I’m somewhat surprised that this hasn’t been happening on a larger scale before. I’m hopeful that this will lead into much more transparent and meaningful dialogue about the best way for the treaty right to be practiced.