About the IB&M Initiative

The Indigenous Blacks & Mi'kmaq (IB&M) Initiative at the Schulich School of Law was established in 1989 to increase representation of Indigenous Blacks and Mi'kmaq in the legal profession in order to reduce discrimination.

From the efforts of many

The IB&M Initiative was the result of efforts by African Nova Scotian communities and Mi'kmaq First Nations to obtain access to legal education and the legal profession and to address racism in the justice system. These efforts were the catalyst for Dalhousie University's study entitled Breaking Barriers: Report of the Task Force on Access for Black and Native People. The efforts coincided with the work of the Royal Commission on the Donald Marshall Jr. Prosecution, which recommended that the then-fledgling IB&M Initiative "receive the financial support of the Governments of Canada and Nova Scotia, and the Nova Scotia Bar." Through the hard work and persistence of the Advisory Board and other community members, the directors, students, faculty, and staff, the IB&M Initiative grew to become a model for access to legal education and the legal profession across Canada and the United States.

Reaching out to the community

The IB&M Initiative works to ensure that Mi'kmaw and African Nova Scotian students, and other Aboriginal and Black students, are represented at the Schulich School of Law. The Initiative involves community outreach and recruiting; providing student financial and other support; developing scholarships in the areas of Aboriginal law and African Canadian legal perspectives, and promoting the hiring and retention of graduates. 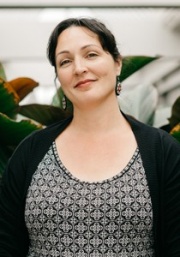 From the beginning of my law school career, I felt myself to be a part of a community and that sense of belonging lasted throughout my time in law school and beyond."

Friends of the Initiative

The IB&M Initiative greatly appreciates the financial support of:

The IB&M Initiative also wishes to recognize the following individuals and organizations who have provided support over the years: