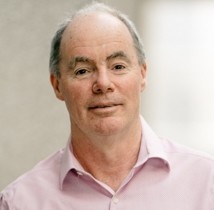 Richard Devlin is a Professor of Law at the Schulich School of Law, Dalhousie University.  In 2005, he was appointed a Dalhousie University Research Professor, and this position was renewed in 2010.  His areas of teaching include Contracts, Jurisprudence, Legal Ethics and Graduate Studies.  He has published widely in various journals, nationally and internationally.  Some of his books include editing Critical Disability Theory, Lawyers’ Ethics and Professional Regulation (3rd ed. 2017) and Regulating Judges: Beyond Independence and accountability (2017).  In 2003, and again in 2010, he received the Hanna and Harold Barnett Award for Excellence in Teaching First Year.  In 2008 he was a recipient of the Canadian Association of Law Teachers Award for Academic Excellence.  In 2013 he won Dalhousie University’s Centre for Teaching and Learning “Change One Thing Challenge”.  He has been involved in the design, development and delivery of Judicial Education programmes in Canada and abroad for more than 20 years.  In 2012 he agreed to serve as the Founding President of the Canadian Association for Legal Ethics, and in 2016 became Chair of the Board of Directors. In 2015 he was elected as a Fellow of the Royal Society of Canada.