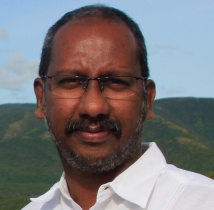 Professor Mannathukkaren’s main research interests are focused on left/communist movements, development and democracy, modernity, the politics of popular culture (esp., the politics of mass cultural forms like the media, cinema and sport), and Marxist and postcolonial theories. The thrust of his research has been to develop a theoretical and empirical critique of postcolonial theory and postmodern thought. At the same time, he has argued for a dialogue with postmodern-inspired frameworks of knowledge and to creatively integrate them to overcome the serious deficiencies of many modernist understandings of human social reality (which have translated into arrogant and teleological assumptions). He has attempted an interdisciplinary approach in his empirical research drawing upon resources from politics, development, sociology, cultural studies and social theory/philosophy. Culture and the place of meanings occupy an important part of his research; therefore, he is particularly interested in the way ‘traditional’ agrarian societies negotiate and make sense of the transition to modernity and capitalism. The geographical area of research is India. He teaches courses on development theory, popular culture and development, India, and the philosophy of social science.

The ‘Rupture with Memory’: Derrida and the Specters that Haunt Marxism, Navayana, 2006.

“The Conjuncture of Late Socialism in Kerala: A Critique of the Narrative of Social Democracy,” in K. Ravi Raman, ed., Development, Democracy and the State: Critiquing Kerala Model of Development, London and New York: Routledge, 2010, 155-171.