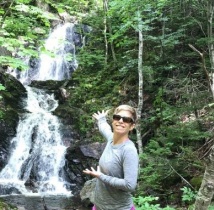 My research and teaching interests focus on gender and development, particularly in the areas of gender equity and organisations, gender-based violence and labour migration.  I’ve carried out field research in Lesotho and South Africa.  In addition to my academic work, I have worked as a volunteer for WUSC and as a consultant for the Southern African Migration Project (SAMP) and Irish Aid, Lesotho.

2011  Ulicki, Theresa “New directions or half measures?  Organisational     response to gender in equity in the SAPS”, Policing and Society.

2000  Ulicki, Theresa and Gary Kynoch, “‘It Is Like the Time of the Lifaqane’: The Impact of Stock Theft and Violence in Southern Lesotho”, Journal of Contemporary African Studies, 18, 2.