Provided to health-focused scholars across the country, CIHR Project Grant funding supports studies with the greatest potential to advance fundamental and applied research, and the health outcomes of Canadians.

“The potential for this research to make a profound difference in peoples’ lives is inspiring,” says Alice Aiken, Dalhousie’s vice president of research and innovation. “Imagine that you have a brain tumour, and a physician says they can treat it without the detrimental side effects of chemotherapy. Or that you’ve been told your severe vision loss can be corrected without waiting for a corneal transplant. Dal researchers are striving to make these innovations and more a reality with the support of CIHR.”

Read about all of Dalhousie’s new CIHR-funded health research below. 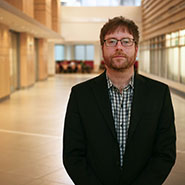 Dr. Jeremy Brown is researching an innovative new technique to treat brain cancer tumours using a focused ultrasound device he developed with his team. His innovation induces bubbles in tumours that mechanically rip cancer cells into small fragments. The technique offers a much greater level of precision and effectiveness than radiation therapy. It has also been shown that the immune system has a much stronger and more positive response, helping to eliminate cancer cells missed by the treatment. Although other research groups have used similar technology for treating tumours with large devices from outside the body, Dr. Brown’s team is the first to develop a version small enough to be inserted during small access surgeries offering greater levels of accuracy. 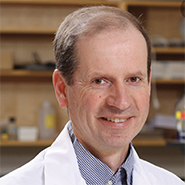 Exploring the links between schizophrenia and gait

Dr. Fawcett and his fellow researchers are exploring how a brain region known as the cerebellum contributes to posture, balance, and gait. Patients diagnosed with schizophrenia are known to have movement disruptions that can be linked to defects in cerebellar function. Despite these findings, the underlying mechanism contributing to gait and balance defects remains unknown. Dr. Fawcett and his colleagues have identified that a gene implicated in schizophrenia is expressed in a population of cerebellar neurons. They are working to understand how this gene contributes to establishing cerebellar circuits to control balance and gait. 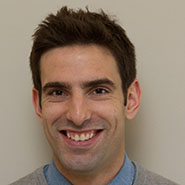 Bioengineering a cure for blindness

Dr. Frampton is focused on creating new biomaterial technologies for tissue engineering and regenerative medicine, and with CIHR Project Grant funding, his team will work to develop a corneal biomaterial to help people impacted by severe corneal damage avoid blindness. Currently, the best treatment for severe corneal damage is to transplant donor tissue from a cadaver. Unfortunately, donor corneas are not always available when needed. There are 12 million people worldwide on waitlists. Dr. Frampton’s lab will produce collagen fibers that mimic the structure of the cornea. This collagen-based biomaterial textile will serve as a corneal patch for repairing damage, curing blindness without the need for donor tissue. 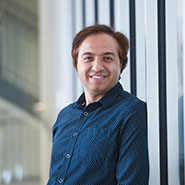 Dr. Hajizadeh explores how Canada’s retirement income programs impact health and inequalities in health among Canadian seniors. This is especially important as policymakers consider increasing the eligibility age for retirement income programs to ease financial pressures on the system, a necessity to contemplate as the country’s population becomes older. Dr. Hajizadeh’s comprehensive analysis of the retirement system will provide evidence relating to the effectiveness of the current programs, which can aid in the development of effective policies for improving health and health equity among Canada's rapidly aging population. 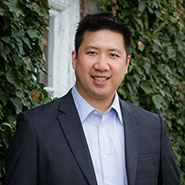 Investigating how bacteria can limit the damage of chemotherapy

Dr. Leung is aiming to understand what role bacteria play in mouth sores caused by chemotherapy. Chemotherapy kills cancer cells, but also affects fast growing oral cells leading to extremely painful ulcers. Research has found that bacteria in the mouth may be key in protecting cells, but there are challenges to investigating their exact function due to difficulty growing bacteria and human cells together in the lab. Using a novel approach, Dr. Leung and his team will mimic bacteria combinations found in children’s mouths with cancer to understand how microbes interact with oral cells during chemotherapy to identify bacteria that may offer protection. 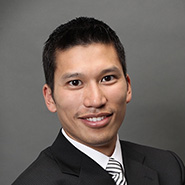 Dr. Wong is focused on improving outcomes for people who require shoulder surgery. While all patients are commonly treated using small cameras and tiny incisions to repair the joint, there is controversy about which of the two most common options to use – soft tissue repair or bone grafting in the shoulder. Dr. Wong has established a new technique that reduces risks involved in bone grafting procedures. To verify his technique’s effectiveness, he will investigate the new treatment by leading a team of Canadian expert surgeons in a randomized controlled trial. 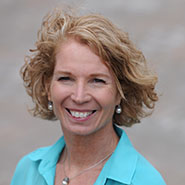 Dr. Campbell-Yeo is working to support parents and their preterm infants who require a stay in the newborn intensive care unit (NICU). Preterm infants are at a significantly increased risk of poor health outcomes and their parents report lower self-efficacy and worse mental health when compared to parents of term infants. To improve parent and baby outcomes, Dr. Campbell-Yeo and her team will conduct a national clinical trial. They will build on their established eHealth solutions to evaluate “Chez NICU Home+”, which offers web-based, parent-targeted, interactive educational tools, virtual communication, and text message support during a baby's NICU stay.