The debate over aborition has been a fission point in U.S. politics for many years. Pictured are abortion choice advocates protesting outside the U.S. Supreme Court in 2016. (Creative Commons photo)

The battle over reproductive rights in the United States took on renewed vigour last week with the revelation that the highest court in the land appears set to overturn Roe v. Wade, the landmark ruling that affirms a person's right to abortion.

The leaked draft opinion by a Supreme Court justice indicates a majority of the sitting justices would support quashing the 1973 decision and thereby eliminate a person's constitutional right to have an abortion. If the opinion stands, it would mean states could decide whether to ban or allow the procedure, with some analyses suggesting at least 26 of America’s 50 states would move to restrict access if not outright prohibit medical abortions.

The development has also reignited debate around abortion in Canada, where the procedure was decriminalized by the Supreme Court in 1988. 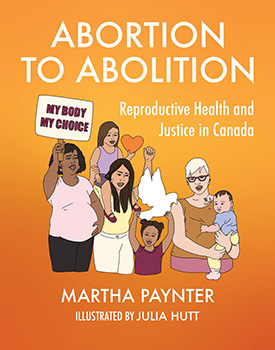 Martha Paynter, a PhD candidate at Dalhousie and registered nurse, has worked extensively in the field of reproductive health and recently published Abortion to Abolition: Reproductive Health and Justice in Canada. We ask her for her reactions to this development, her views on the abortion debate and about what this news might mean for abortion access in the U.S. and Canada.

In broad strokes, what would it mean for abortion access in the U.S. if the Supreme Court overturns the landmark decision?

Overturning Roe would allow individual states to create their own laws about abortion, including outright bans.

What are the societal and health implications of this decision, given that studies suggest the majority of women seeking abortions are poor and marginalized?

Abortion is fundamentally necessary for people to participate in civil society. Loss of the ability to plan a pregnancy would cause untold physical, social and economic strife. This violence is gendered, raced and classed, with the most socially oppressed subject to the most harm. 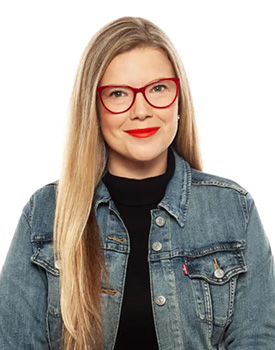 What are the rules and laws around abortion in Canada?

Abortion is a health service in Canada. It is not subject to the federal Criminal Code. There are no more laws around abortion than there are around heart surgery. Restrictions on access to abortion are caused by:

1) Travel distance to an abortion care provider. Canada is a big country, and there are shortages of health-care providers in every domain. Although abortion is publicly funded, travel is a private expense. The poor, marginalized, rural and remote — these are the people who face the steepest burdens to accessing care. Abortion can be the most protected health service on the planet, but is it accessible if you need to pay for childcare and flights and miss days of work and so forth?

2) Education for potential abortion providers. If more health-care providers knew they could provide abortion, that would expand access tremendously. For instance, any primary care practitioner (family doctor or nurse practitioner) is authorized to prescribe medication abortion — which is becoming increasingly common since it was approved by Health Canada in 2015 — and family doctors provide most surgical abortion care. Health professionals aren’t generally taught about abortion in their training programs. I wasn’t as a nursing student at Dalhousie. When I graduated I wanted to change that and created Canada’s first interprofessional abortion course across all the health professional departments at Dal. We have now trained hundreds of people!

The approval of medication abortion, and introduction of self-referral practices across the Maritimes — both changes that occurred in the past seven years — are simply not well publicized. They should be.

How and where are abortions performed in Canada?

Medication abortion (mifepristone) was approved by Health Canada in 2015 and allows any prescriber — family doctor, nurse practitioner, etc. — to prescribe abortion. So theoretically, abortion could happen anywhere there is primary care to prescribe and a pharmacy to dispense the medication, which you take at home as pills. The experience is similar to a miscarriage. The pills are approved for use to nine to 10 weeks' gestation.

After that, surgical (aspiration) abortion is the only option. Most surgical abortion providers are in cities in Canada. Here in Nova Scotia, we have providers in Truro, Halifax, Bridgewater and Kentville. Surgical abortion in the first trimester is a very quick, safe and common procedure.

The vast majority of abortion occurs in the first trimester, before 16 weeks. There are surgical abortion providers in every province and in Yukon and the Northwest Territories.

In the second trimester, the procedure becomes a bit more complicated, takes longer and is available in fewer places. We do not have elective second trimester abortion in Atlantic Canada. It would be really wonderful to expand access, at least to create a hub in Halifax for that care for the region.

The distribution of medication vs. surgical abortion is changing quickly as more people become familiar with the medication option. Right now, it is about 30 to 40 per cent medication, 60 to 70 per cent surgical.

Is there concern that the SCOTUS decision could influence abortion access is Canada?

Canada has very different political, legal and health systems than in the U.S. This will definitely inflame some conservative Canadian politicians to shout more about their interest in controlling individual reproductive autonomy. But abortion is integrated in our health system and from a legal perspective is quite safe.

However, deepening economic and social inequalities and inadequate government funding of reproductive health are both threats to abortion access that have nothing to do with laws or courts. COVID-19 made these inequities worse. If we care about sustaining and improving access to abortion in Canada, we need to address fundamental inequities — racism, colonialism, poverty, housing insecurity, gendered violence. People need abortion to thrive, but they also need to thrive to have easy access to abortion.