Pivoting to an ocean of opportunity

Tharindu Senadheera and a colleague at work. (Provided photos)

At a seafood processing plant overlooking colourful fishing boats, Tharindu Senadheera, a PhD student at Memorial University, holds a squishy, unassuming creature that might just be the key to unlocking a multibillion-dollar ocean industry. 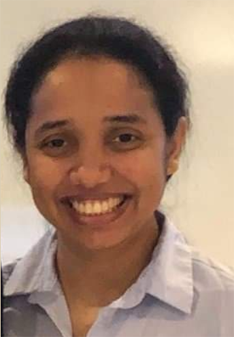 Even though Senadheera grew up in Sri Lanka, an island country surrounded by ocean, she, like most of us, assumed the sea cucumber was a plant. “I thought it was a vegetable, like seaweed,” says Senadheera. The sea cucumber is a slimy, tubular invertebrate that lives on the ocean floor.

Unfamiliar to Canadian consumers, sea cucumbers are highly prized in Asian countries. Demand from Asian markets is estimated to be $60 million a year and growing. In China, the sea cucumber’s meaty muscle bands and dried body walls are considered a delicacy. They are also believed to have healing properties, treating ailments from arthritis to impotency.

While these wild Atlantic sea cucumbers fetch about $60 per pound after processing, close to 50 per cent of the animal’s gut material is being discarded as a waste byproduct or used as fertilizers. This is where Senadheera saw opportunity. “There is so much waste in food processing,” says Senadheera. “I’ve always been passionate about using technology to maximize our precious food resources.”

Using her expertise in food chemistry, Senadheera set out to find a way to upgrade these byproducts. Working alongside her supervisors, Deepika Dave and Fereidoon Shahidi at the Maritime Institute’s Centre for Aquaculture and Seafood Development, she began analysing the bioactive properties of the little known North Atlantic sea cucumber.

The researchers discovered a range of novel compounds, including collagen, that could become value-added ingredients to nutraceutical, pharmaceutical, and cosmeceutical products. “When I learned that collagen makes up more than 70 per cent of the sea cucumber’s body wall, I began to focus on whether this collagen could be used in anti-aging creams,” says Senadheera.

Collagen is a protein made up of peptide molecules, and is an essential building block for healthier skin. The benefits of using a marine collagen, over bovine or pork collagen, is the sea cucumber’s peptide molecules are smaller, making them slightly more absorbable. There are also many consumers who are looking for alternatives to using beef or pork products.
Applying to Dal Innovates — Path2Innovation and Lab2Market

Armed with the knowledge of the unique bioactive properties of the North Atlantic sea cucumber, Senadheera applied to Dal Innovates’ Path2Innovation and Lab2Market programs. “With the sea cucumber’s high levels of collagen, I wanted to explore the untapped cosmeceutical opportunities.”

It is estimated the burgeoning cosmeceuticals market will reach US$81 billion by 2027.  As such, major cosmetic companies — including L’Oréal, P&G, Shiseido, and Clarins — are very interested in cosmeceutical products with bioactive ingredients.

Joining Senadheera in her entrepreneurial pursuit were Dr. Dave and her mentor, Ellen Crumley. This dynamic team had a single-minded focus, to find out if the cosmeceutical market would be interested in using North Atlantic sea cucumber collagen in their products.

As part of her customer discovery, Senadheera contacted cosmetic companies from Australia, China, France, and the United States to pitch the use of sea cucumber collagen.

“Unfortunately, they told me the volume of collagen that could be extracted from a sea cucumber harvest is low compared to what can be extracted from cow hides and pig skins,” says Senadheera. Senadheera and her team quickly realized, even after scaling up the collagen extraction process, they wouldn’t meet the commercial quantities required by a cosmetics company.

Senadheera felt dejected. But Dal Innovates coordinators Mike Carew and Spencer Giffin encouraged her not to give up. With their guidance, Senadheera adjusted her customer discovery. She speculated, “Maybe other bioactive sea cucumber compounds could be a viable and natural substitute for the synthetic products currently on the market?” 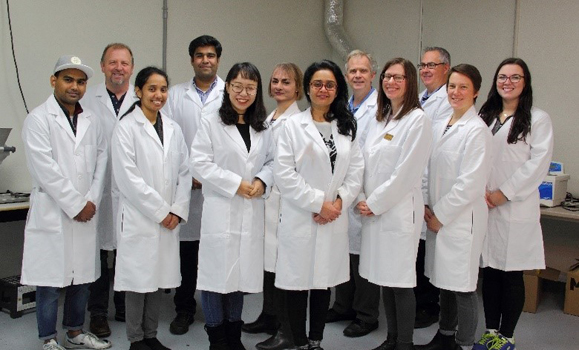 Pivoting to pharmaceutical and nutraceutical opportunities

In addition to collagen, the team identified a range of valuable compounds – phenols, flavonoids, and chondroitin sulfate – with diverse medicinal functions including anticancer, antioxidant, antihypertensive, and anti-inflammatory properties. These novel compounds could be the building blocks for new drugs or functional foods, both of which are multibillion-dollar industries.

More customer discovery work was needed to gauge the interest of the pharmaceutical and nutraceutical industries. Dal Innovates instructors Gillian McCrae and Permjot Valia helped Senadheera reach out to professionals from around the world through LinkedIn and Facebook. “Initially, I was reluctant to conduct interviews, but the people I spoke to were open to helping me as a student. They even gave me referrals.”

In explaining the bioactive properties of the sea cucumber, Senadheera learned that industry was very interested in developing natural, marine-based products. “They even asked us to conduct in vitro studies to see if we could grow the bioactive molecules from cell cultures in our lab,” she says.

“As a scientist, I’m trained to narrow my path and focus my discoveries on specific bioactive properties,” says Senadheera. “In just three months, Dal Innovates taught me to expand my focus and look at what the real-world needs.”

Senadheera has also broadened her career focus. She has moved to Toronto and is looking for post-doctoral opportunities in industry. “I feel I have a lot to offer industry,” she says. “The boundaries are limitless.”

Researchers at the Centre for Aquaculture and Seafood Development plan to partner with sea cucumber processors to develop scaled-up extraction procedures. Not only does recovering high-value compounds from byproducts result in added revenue for a processor, it offers a solution for their waste disposal too.

Senadheera is thrilled with the progress she and her team have made. “We are taking another step closer to using all parts of the sea cucumber and optimizing our valuable marine resources,” she says.

The unique bioactive properties of the North Atlantic sea cucumber could also pave the way for new cancer treatments or health food supplements. “It not clear whether we’re going to be a supplier of raw materials or whether we will produce a product for resale,” says Senadheera.

What Senadheera is sure of is, in order to get a slice of these multibillion-dollar industries, collaboration will be the key. “I’ve learned to think outside the box, understand what potential customers need, and then figure out what we could provide.”