The Dalhousie Arts Centre is more than a building. It’s where talent is nurtured, audiences are inspired, and creativity abounds.

For half a century, the centre has been a hub for the arts in our local community, enriching the region as an entertainment, teaching, and exhibition space that is home to the Dalhousie Art Gallery, the Fountain School of Performing Arts, and beloved performance venues including the Rebecca Cohn Auditorium and Sir James Dunn Theatre.

As we look back on the last 50 years, we are humbled by the support of Nova Scotians and the love they’ve shown for this special building. It’s the place where students cross the stage in the Cohn to receive their parchment during Convocation ceremonies each year, where Fountain School faculty help budding performers hone their skills in studios and where audiences and gallery goers alike enjoy performances and exhibitions by famous performers and artists.

When the Dalhousie Arts Centre opened in 1971, its vision was as bold as its architecture. It was to be a home for all forms of performance art — everything from opera to hard rock. A significant amount of funding for the project came from the estate of Rebecca Cohn, a Polish immigrant who made her fortune in real estate in downtown Halifax. Upon her death in 1942, Cohn left control of her estate to her nieces, who eventually donated the money to Dalhousie for the construction of a facility for music and the arts. 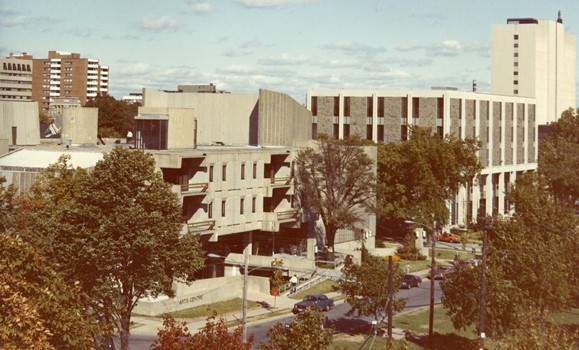 Over the years, upgrades to the facility have been made thanks to a number of community partners and funding bodies. The Dalhousie Arts Centre is supported annually by Nova Scotia Communities, Culture & Heritage, and was the recipient of a generous grant from the Canadian Heritage Canada Cultural Spaces Fund in 2017.

Named in the donor’s honour, the Rebecca Cohn Auditorium is one of Atlantic Canada’s most important venues for the performing arts. One of the largest soft-seat theatres in the region, it began attracting world-renowned artists to Halifax as soon as it opened. Thousands of performers of all genres and styles have appeared on the Cohn stage, including legends like Anne Murray, Luciano Pavarotti, Dizzy Gillespie, Diana Krall, Margaret Atwood, the Alvin Ailey American Dance Theater, and Leonard Cohen. The Rebecca Cohn Auditorium has also been the performance home of Symphony Nova Scotia for decades.

Housed in the Arts Centre, you’ll also find the Dalhousie Art Gallery — the oldest public art gallery in Nova Scotia. Created in 1953, the Dalhousie Art Gallery moved over to the Arts Centre in 1971 and has a national reputation for the quality of its exhibitions, research, publications, and high-profile visiting speakers. The gallery is an academic support unit within Dalhousie, yet serves as a public art gallery and vital cultural resource for the whole community.

Dalhousie’s Fountain School of Performing Arts also calls the Arts Centre home. With programs in Music, Theatre, and Cinema and Media Studies, the Fountain School is one of only a few multi-disciplinary performing arts schools in Canada, and the only one in the region. The school’s outstanding alumni have seen both regional, national, and international success in the arts.

Whether you’re an artist that graced the Rebecca Cohn stage, an audience member who enjoyed a special performance, a student that marked their graduation, or a family that built an annual tradition, we’d love to hear how the Dalhousie Arts Centre played a role in your life. We invite you to share your story and/or a photo with us through the submission form here. Help us capture all the moments that have made the Dal Arts Centre such a central part of our community.

Looking to the next 50 years 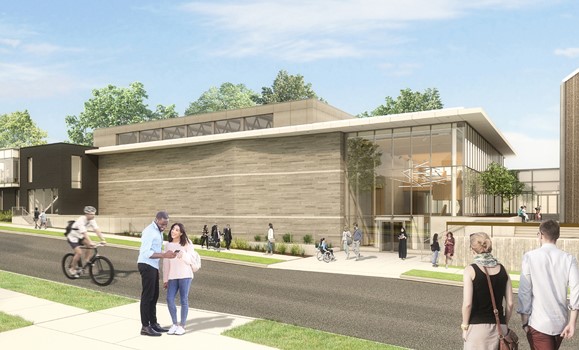 While we’re celebrating this milestone, we’re also marking a new beginning for the Dalhousie Arts Centre. A major project is currently underway to renovate existing spaces and create a new addition to the building. The new addition will house the 300-seat Joseph Strug Concert Hall, innovative practice and rehearsal spaces, and new spaces for the Costume Studies program. This investment in the arts has been made possible through the Dalhousie Performing Arts Campaign. We are excited to welcome you into the transformed Dalhousie Arts Centre as soon as we can.