Ask an expert: Isaac Saney on the significance of African Heritage Month and the legacy of African Nova Scotians

Richard Preston, shown in the illustrations above, was a leader in the anti-slavery movement in Nova Scotia in the 1800s. (Provided images)

When a Black historian in the United States created a week devoted to celebrating the accomplishments of African Americans in 1926, Canadians soon followed suit with celebrations of their own. But it wasn’t until decades later in 1995 that Canada’s federal government officially came to recognize what had become Black History Month. That’s the year the Honourable Jean Augustine, the first Black Canadian woman elected to Parliament, introduced a motion in the House of Commons that February be officially recognized as Black History Month in Canada. It passed unanimously.

Now known as African Heritage Month in Nova Scotia, this period of annual celebration serves as an opportunity to reflect on the past achievements and future aspirations. This year’s theme, Black History Matters: Listen, Learn, Share and Act, draws attention to the legacy of people of African descent and their long-standing history in the development of Canada. It also brings awareness of racialized issues of a historically marginalized community that has overcome great adversity for inclusion and the need for community members to take action in making Nova Scotia and society at large a better place.

We asked Isaac Saney, a university teaching fellow and director of Dal’s Transition Year Program, to explain the history, contributions and legacies of African Nova Scotian communities which have been here for over 400 years.

What is something that people don’t usually know or that might surprise people about the history of early Black settlers in Nova Scotia? 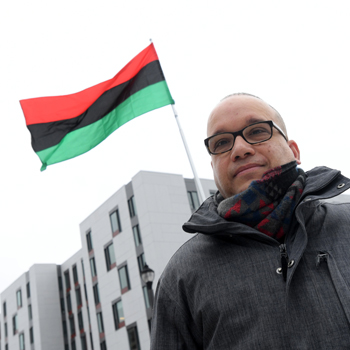 As victims of colonization, the vast majority of the first people of African descent who lived in Nova Scotia cannot be labelled “settlers” as they came to the province though forced migration, not through their own volition. They were "settled upon” the lands or "forced to settle." Or as some have pointedly stated, "Stolen bodies" on "stolen lands." This is clearly reflected in the reality that many Black Nova Scotians have yet to receive any formal title to the land upon which their ancestors have lived for several generations. It must, therefore, be underscored that Nova Scotia was a slave society, in which Black people were chattel property who were sold as commodities, treated as property or personal household goods which belonged to their "masters." Indeed, advertisements for the sale of enslaved Africans were common.

While there were a number of free Blacks in the local Halifax population — skilled tradesmen whose services were in high demand — their situation was extremely precarious as they could be enslaved at any time. When their labour was no longer required, some were taken to other British colonies and sold. For example, a 1751 advertisement in the Boston Evening Post reads: “Just received from Halifax, and to be sold, ten strong hearty, Negro men, mostly tradesmen, such caulkers, carpenters, sailmakers and ropemakers.” The very existence and practice of slavery in Nova Scotia established the precedent of using African peoples as a readily available source of cheap labour, bereft of full political and citizenship rights. This dynamic, despite slavery’s end, shaped the lives of subsequent migrations of Black people, most notably the Black Loyalists (3,500+ in the 1780s) and the Black Refugees (2,000+ after the War of 1812), the two largest migrant groups of African descent to the Maritimes. Having escaped enslavement in the United States and granted their freedom by the British, they were designated a cheap pool of labour, and consequently, relegated to a subordinate social position — disenfranchised, marginalized and segregated.

How did Black History Month come to be known as African Heritage Month in Nova Scotia?

The official launch of the month in 1985 occurred amid an ongoing Black Nova Scotian cultural renaissance, building on the rich trends of the past, typified by such artists as Portia White (internationally renowned contralto) and Alf Coward (prominent jazz pianist). In the literary field, several poets, writers and actors emerged during the 70s and 80s, notably George Elliott Clarke, Maxine Tynes, David Woods, Henry Bishop, George Boyd and Walter Borden. In the field of music and performing arts, various troupes formed, including Four The Moment, Voices, The Gospelheirs, and the Nova Scotia Mass Choir. In the world of film, video and TV, the 1978 series Black Insights (five episodes on history, education, employment, land claims and the church), followed by two award-winning films produced by Sylvia Hamilton: Black Mother, Black Daughter and Speak It! From The Heart of Black Nova Scotia.

In journalism, Mark Daye, Clarke and Charles Saunders published The Rap from 1982–85. In 1982, the Africville Genealogical Society was formed to preserve the memory of Africville, advocate equitable compensation for dispossession for the former residents and organize annual reunions in Africville. Institutionally, the Black Cultural Centre was founded in 1983 to promote, preserve and defend the culture and identity of the Black community. One of the more vibrant organizations to take shape was the Cultural Awareness Youth Group. Formed in 1983, it developed branches in schools throughout the Metro area, dedicated to highlighting Black history and culture as an instrument for building bridges between communities.

Who are some influential figures who have shaped African Nova Scotian history?

Richard Preston is perhaps the greatest figure in African Nova Scotian history. He escaped slavery in Virginia and came to Nova Scotia in search of his mother in 1816. He later trained as a Baptist minister in England. During his time in England, he worked with the leading figures in the anti-slavery moment, participating in the public debate. These debates played an important role the passing of the Slavery Abolition Act by the British Parliament in 1833.

Upon his return to Nova Scotia, he became President of the Abolitionists in Halifax, and anti-slavery society, and, also, founded the African Friendly Society and the African Abolition Society. Preston was very popular amongst the Black population, travelling from settlement to settlement delivering sermons. In 1832, Preston founded the African Baptist Church in Halifax. It was later incorporated as Cornwallis Street Baptist Church in 1892, changing its name New Horizons Baptist Church in 2017. Between 1832 and 1853, Preston established a total of eleven African Baptist churches in Nova Scotia. Affectionately called "Father Preston" by his congregation, he encouraged church members to press and advocate for changes that would make their lives easier.

One of Richard Preston’s greatest accomplishments was the creation of the African United Baptist Association in 1854. The AUBA united (and continues to unite) Black churches across Nova Scotia. The AUBA became the key institution of Black Nova Scotian life: not only the source and space of spiritual succor but the focus of educational, cultural, social and political activities throughout all the Black communities. While formally a religious organization, it expressed their social, economic and political aspirations by defending and advancing the interests and rights of African Nova Scotians. As the central institution of Black Nova Scotian life, the AUBA was the material network that consolidated a pan-Black Nova Scotian identity. Richard Preston served as its leader until his death in 1861.

The theme of this year’s African Heritage month calls attention to racialized issues experienced by the African Nova Scotian community. What are some of the barriers to equity and inclusion that the community currently faces and what can Nova Scotians at large and local governments do to address and eliminate these challenges?

An essential step is the acknowledgment that the African Nova Scotian community has been segregated, jim-crowed, ghettoized, marginalized and slandered; they have been hired last and fired first; they have been compelled to work the hardest and they have been paid the worst; they have been kept out of education and forced to school themselves. And yet — with supreme effort — they have more than endured. While the history of oppression and exploitation weighs as a nightmare on Black Nova Scotians, this fire tempered, rather than consumed them. Dealing with the potent legacy, forces and dynamics that continue to impact the lives of African Nova Scotian communities requires significant policies, programs and resources aimed at achieving structural socio-economic change. However, these measures will be only be successful if the Black Nova Scotian community is meaningfully and democratically involved in their creation and implementation.