Dal.ca Home
Home
News & Events
February 2018
20
Up for the challenge

Up for the challenge

When Animal Science student Thian Carman sets his mind to something, there’s no stopping him. That’s how he became Nova Scotia’s youngest registered farm owner at 14 years old.

“I always wanted to do something with animals,” he explains. “I started raising chickens when I was younger. When my neighbour decided he was getting out of sheep, I bought all his old equipment and then started running my own farm.”

He started with 12 ewes and has been building gradually ever since — the farm is up to 80 head of ewe and about 150 acres of hay land. “We wanted to start small to see how I liked it and I've been really enjoying it. It's definitely something I want to do for the rest of my life.”

Running a farm wasn’t the only challenge Thian was tackling during his high school years, he was also managing a learning disability. In grade four, Thian he was diagnosed with a mixture of learning disabilities that make reading and writing difficult. 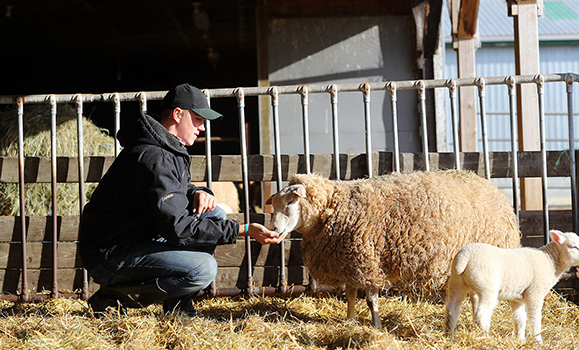 As he describes it, “if you teach me hands on, I'll do it right back to you, I learn perfectly. If you verbally talk me through something I will always have it. But if you give me a book and tell me to read it and ask what I got out of it, I'm going to have trouble with that.”

Thian admits the learning disabilities made school frustrating but he stuck it out and made the most of the accommodations offered to him — extra time, scribes and help reading tests — and graduated with good grades.

When Thian decided to give university a try, he had no doubts about where he’d apply. “It's funny because most kids apply to several universities and I only applied to one. It was almost like there was no doubt. I got the letter back and that was that. I never thought I wouldn't get in.”

Then he got the call that he’d won a large scholarship through 4-H. “I was so excited!” he recalls. “I applied through different scholarships but 4-H decided I was a good candidate for the L.E.A.D. scholarship.” The 4-H Canada Leadership Excellence Awards of Distinction honours the accomplishments of members who demonstrate personal values, leadership and community involvement that align with one of 4-H’s Leadership Development Pillars.

Thian chose to major in Animal Science. His dream is to be a large animal vet but he didn’t know if his disability would make it too difficult to keep up with the program. 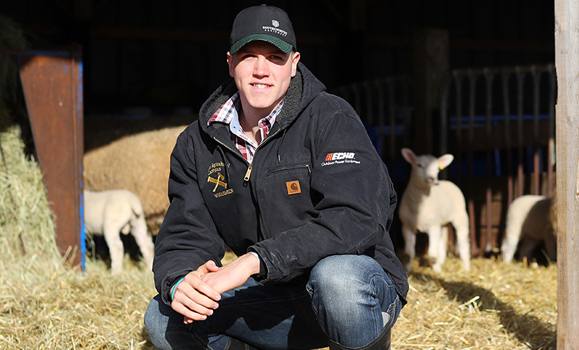 “With Animal Science, I can still apply to vet school after two years and if I decide not to do the vet program I'd still be graduating with an Animal Science degree. That would open up lots of opportunities, like work for the department of Agriculture. And it also makes sense with the work I do on the farm.”

So far, Thian has been encouraged by the support he’s received at university. “I was worried about university with so many students that I'd just get kicked aside and the accommodations would only happen once in a while but they've been really good here. Depending on how this semester goes, I'm thinking I might apply for vet school and see how that works out.”

Making the most of it

In the meantime, he’s enjoying his time on campus. In addition to his course work, Thian competes on the varsity Woodsmen team on Single Buck and Vertical Chop.

“I joke that I'm on vacation while I'm at school because I don't have to do anything but my school work.” His family is helping out with the day-to-day work on the farm while he’s on campus in Truro and he’s arranged to lamb later in the year so he can be home to help out. 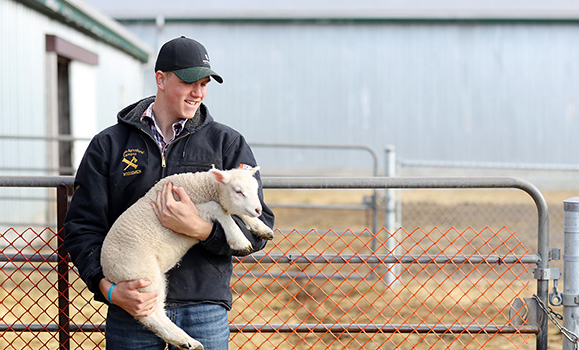 While he’s had more to manage than most students, he says university has been a great experience. “I was a kid who really didn't like high school and I'm surprised I even came to university but I've been loving it ever since I got here and I'm doing really well in my courses.”