Steven Mannell recalls the first time he heard about the self-sufficient housing project in rural Prince Edward Island that he would decades later curate an exhibit about. 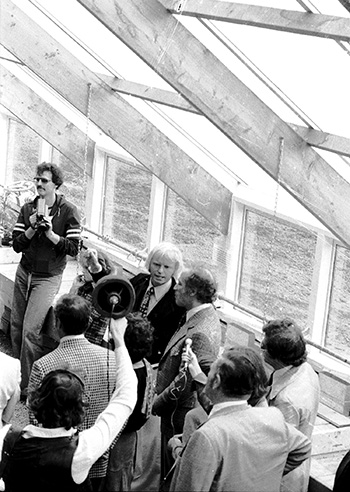 “I remember as a teenager hearing about the Ark and the amazing ways people could live,” says Dr. Mannell, who teaches Sustainability and Architecture at Dal. “It was a big deal on PEI and Prime Minister [Pierre] Trudeau and Premier [Alex] Campbell flew in on helicopters. There was a lot of press nationally in Canada.”

Built by designers with the New Alchemy Institute and Solsearch Architects at Spry Point, P.E.I. in 1976, the Ark was a self-sustaining home that included a greenhouse, fish tanks and a wind turbine, among other innovative technologies.

In an era when fear about the impact of nuclear energy and fossil fuels ruled, the structure was intended to be both an experiment in autonomous living and “a demonstration of possibility for the public,” says Dr. Mannell, who is also director of Dal’s College of Sustainability.

Excitement about the Ark, which Dr. Mannell describes as “the Ark Moment,” was understandable.

In many ways, the Ark was a response to the Cold War-era oil embargo of 1973. When faced with the prospect of losing one of the most valuable fossil fuels, people began to turn towards alternative energy. It became necessary to ask questions about food and the environment and about how humanity could sustain both.

Forty years later, when Dr. Mannell stumbled across the Ark again, he knew it was the right time to reintroduce the world to its concepts.

His exhibit, “Living lightly on the Earth,” contains mock-ups of the family space, footage from a Japanese documentary made in 1977 about the Ark, and architectural models explaining the impact the home tried to make. In curating the exhibit, Dr. Mannell attempted to tell multiple stories about the Ark. 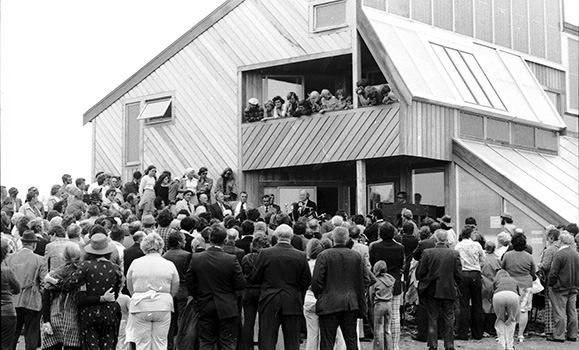 From the response to the Ark, one might say that it all came together quite well. People from all over the world came to visit, either for the express purpose of observing autonomous living in action or as tourists. 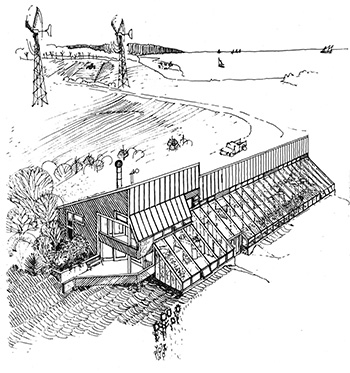 While the Ark was decommissioned in 1986 and demolished a few years later, Dr. Mannell says he still hears from people who “assume it must still be there.” It is the inherently human feeling of the Ark that draws people to it, he says. And it’s that feeling he sought to recapture in the exhibition.

“The question we’re not always asking is ‘How are we going to have meaningful life while we’re [sustaining life]?’” says Dr. Mannell. “There was a feeling that connecting people with the means of their own sustenance would give meaning to their lives.”