Posted by Rowe School of Business on June 14, 2019 in Awards

A new award for graduating Commerce students established by Rowe School of Business alumni honours a recent graduate who inspired and motivated those who knew him. The Ryan Tran Memorial Prize is named for a Commerce alumnus who died in a motorcycle crash shortly after graduating in 2017.

This May, the first award was given to Brianna Rutherford, from Burlington, ON. She was the 2018/2019 VP of the Dalhousie Investment Society (DALIS). Brianna met Ryan during her second year at Dalhousie while she was still deciding which career path to pursue. She ended up majoring in Finance, as Ryan had. “It is an absolute honour to receive this prize,” says Brianna.

The $2000 prize will be given annually to a graduating Commerce student majoring in Finance who demonstrates academic excellence and involvement in university organizations.

The award was established by four of Ryan’s close friends who lived in the same residence and majored in the Finance program with him: Yazeed Esnan, Ethan Spence, Nader Mohajeri and Stuart Johnson.

“When we lost Ryan, we were truly devastated,” says Yazeed. “We wanted to find a way to not only honour Ryan, but to make sure that his name lived on in one of his favourite places in the world, Halifax and Dalhousie University.” 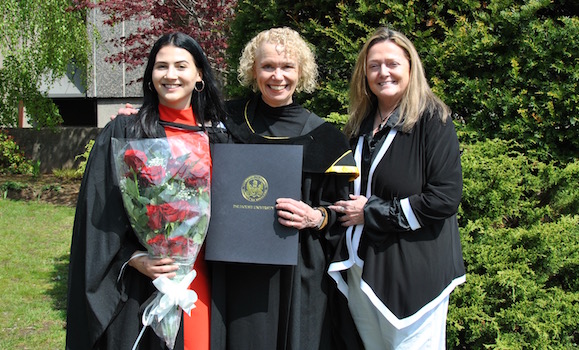