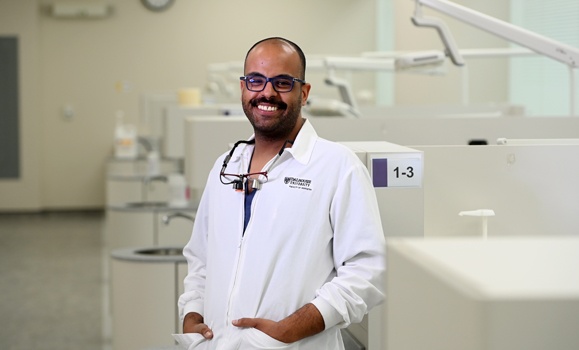 Mohammad ­– Moe – Alshateel (DDS’21) arrived in Calgary from his home in Kuwait, aged 18, on Christmas Eve in the middle of snowstorm, with plans to become a doctor. This summer, he will fly home from Halifax, aged 28, a dentist.

During his 10 years in Canada, Moe has undergone a process of alchemy that has not only redirected his career ambitions, but transformed him, too.