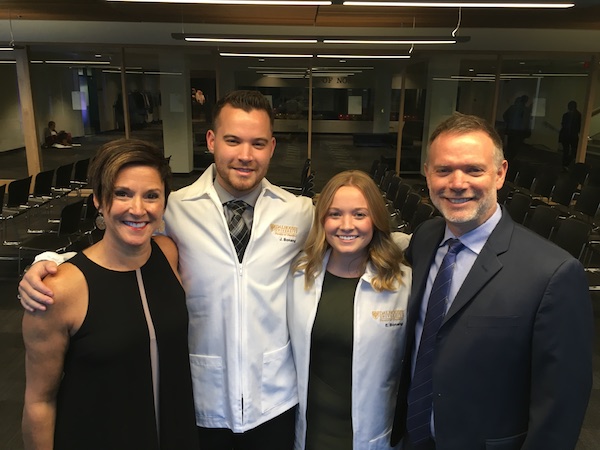 Emily Bonang says her mind “started to go crazy” when she received an email from the dean, Dr. Ben Davis, asking if he could call her. “I thought it must be something bad, even though in his email Dr. Davis told me not to worry.”

The news that she is this year’s recipient of the Dr. David Precious Gold Medal in Dentistry left Emily “shocked, speechless, and very pleasantly surprised”.

“There are so many great people in my class,” says Emily. “Any one of them would be worthy to win this award.”

In his congratulatory message, Dr. Davis said that Emily shared many of the same qualities as Dr. David Precious, former dean of the Faculty of Dentistry and after whom the gold medal in dentistry is named: “intelligence, compassion, dedication to the profession and [your] patients.”

Dentistry: It’s in the blood
Emily comes from a long line of oral health professionals. Her grandfather (Dr. Donald Bonang, DDS’62,) parents (Drs. Jeffrey Bonang and Laurie Campbell Bonang, both DDS’87), and brother Jordan (DDS’20) are all dentists and alumni of Dalhousie. She also spent her summers working the front desk and doing odd jobs in her parents’ Cole Harbour practice. So you might think that following in the family footsteps would be a bit of a no-brainer for her.

Not so. Although Emily had decided during her BSc studies that a career in healthcare was what she wanted, she did her best to resist the siren call of dentistry. Instead, she set her sights on medicine. But it was the “artistic and creative” side of dentistry that won out in the end and she applied to study dentistry at Dalhousie. 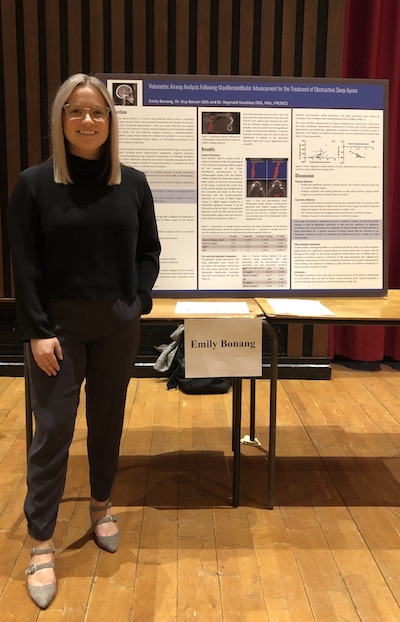 Hands-on from the start
She knew it was the right choice almost from day one. “In the first week, we were doing dentistry-related exercises in the bench lab. That’s when it hit home to me that the program was hands-on right away.”

Another early discovery was the feeling of “being integrated with the class. It felt like family and I knew right from the start that it was going to be a special experience.”

She had no doubts about her decision to study dentistry, but there were still hurdles along the way. “I found endodontics really frustrating to begin with. With root canals you need a high level of dexterity and there’s a point where you have to rely on tactile sensation rather than what you can actually see.”
Endo never became Emily’s passion, but she “grew to like it a lot more”. What she found particularly rewarding, however, were the VG and emergency clinic rotations, which gave her experience in extractions and oral surgery.”

“There’s an immediate reward and satisfaction for both you and the patient because you are able to relieve their pain quickly,” Emily explains.

The public health elective was also a highlight. Many of the patients were “absolute sweethearts”, Emily says, and the course gave her the opportunity to develop personal relationships with them without being heavily focused on her dental school requirements.

Like everyone in her class, Emily is disappointed that their four years of dentistry school were cut short by the pandemic. “We thought we would all be celebrating together at this point, but I know we will later at some point. The friends I made here are my forever friends.”

What next?
When life begins to return to normal, Emily know what she will do. Step one is to join Cole Harbour Dental Centre, her parents’ practice, as an associate.

“It will be amazing to have them as my mentors,” she says, “although I’m sure it will challenge our relationship at times.”

She has no plans to specialize. “The variety of dentistry has always been what I loved. I’m not sure that focusing on one area would be right for me.”

Step two is to get married to fiancé Tyler Redden. She and Tyler have recently built a new house at Porters Lake and adopted a new puppy called Onyx.

Work and a wedding will have to wait, but between painting walls and walking Onyx, this year’s gold medal recipient is keeping busy. 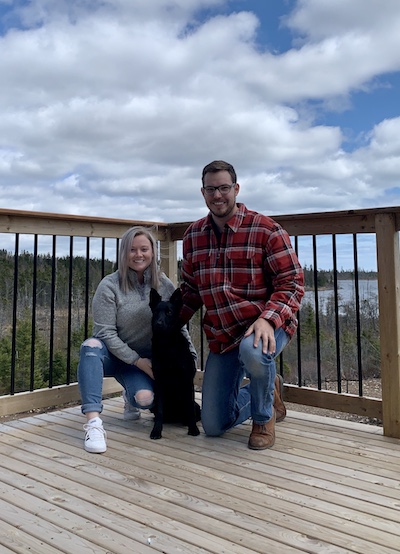