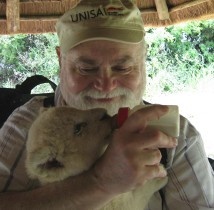 Jerome H. Barkow is a sociocultural anthropologist with research and teaching interests in evolution and human nature and in cultural transmission. He has conducted field research in West Africa, Nova Scotia, and Indonesia. Barkow’s publications span more than 47 years and cover topics ranging from the influence of Islam on Nigerian women, to advice for SETI about what kinds of intelligence are possible in the light of evolutionary biology, to an analysis of the topics we gossip about, to why the Bugis of Indonesia know more about cuisine than child nutrition.  His current projects include editing a book on evolution and the media, and research (with psychologist collaborators) on the implications for cultural transmission of what we pay attention to when we go to the movies. The connecting theme of his publications is that our evolved psychology underlies human society and culture. In addition to his Dalhousie appointment, Barkow is an Honorary Professor in the Institute for Cognition and Culture, School of History and Anthropology, Queen's University Belfast, Northern Ireland.