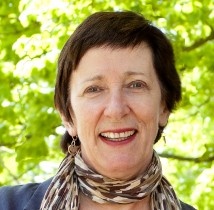 Pauline Gardiner Barber is a social anthropologist whose research examines issues of culture, political economy, and development. For several decades she has studied the transnational implications of Philippine migration to Canada, and globally, with a particular focus on how migration shapes local lives and livelihoods in migrant-sending communities. This body of research contributes to the literature that asks whether and how migration can be linked to development (regional, national, and international) and for whose benefit. She has completed research in the Philippines, and in Southeast Asia, Europe, and Canada, always emphasizing the class effects of migration. Her research also questions the links between migration and the inequalities of citizenship.

Her latest project explores the transnational effects of recent major changes to Canada’s immigration system. She also contributes to On the Move, a SSHRC funded research partnership on employment-related mobility. The Nova Scotia component of this project focuses upon health care providers.