A proud Aggie‑versary: Celebrating 10 years of the Faculty of Agriculture

The Faculty of Agriculture, created on September 1, 2012 through a merger between Dalhousie and the Nova Scotia Agricultural College, continues to attract students passionate about making a difference in the world and their communities. (Nick Pearce photo)

Ten years ago today, two of Nova Scotia’s longstanding postsecondary institutions became one — a university and a college linked by decades of collaboration, a strong research focus and the span of Highway 102.

September 1, 2012 was the day the merger between Dalhousie University and the Nova Scotia Agricultural College (NSAC) became official. The union created Dal’s Faculty of Agriculture and established Dal’s first formal campus outside of Halifax.

“Ten years ago, Dalhousie and NSAC united to pursue a shared vision, one focused on excellence in agricultural teaching, research and the immense potential of our Truro campus,” says Dalhousie President Deep Saini — an agricultural scientist, himself.

“A decade later, not only is that potential being realized — it’s still growing. With expanded academic programming, robust community collaboration and continued innovation in the science of food and farming, Dal’s home in the hub of Nova Scotia has a very bright future ahead.”

The merger united the two largest postsecondary research institutions (by funding dollars) in Nova Scotia. Prior to 2012, NSAC was operated as a division of the provincial Department of Agriculture. In seeking out a new governance model, Dalhousie was an obvious partner: the university already had been granting NSAC’s degrees for three decades. Formal merger talks were announced in May 2011 and, barely a year later, the Faculty of Agriculture was born.

Related reading: Agriculture as the great innovator — A discussion

A period of change and continuity 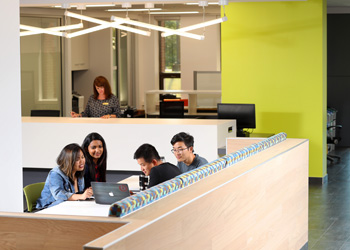 A lot has happened over the past 10 years. Academic offerings in Truro continue to grow, from the PhD program in Agricultural Studies and the Indigenous Student Access Pathway to the new Truro Start program that will allow undergrads to start degrees in Science (and, eventually, other disciplines) in Truro. Major infrastructure investments have transformed the physical campus — some of them planned, like the expansion of the MacRae Library with its Student Learning Commons (shown above right), and others less so, like the efforts to rebuild stronger and better after devastating fires in the Cox Institute and the Ruminant Animal Centre.

But it’s more striking, perhaps, to note what hasn’t changed. The community commitment and small-campus spirit that defined NSAC for decades has continued to be at the heart of the Faculty of Agriculture. The campus continues to be a national leader in industry collaboration, with a vast research agenda focused on purposeful, innovative approaches to food and farming. And the Faculty of Agriculture continues to attract students from across the region and around the world passionate about making a difference in their world and their communities.

“With significant change comes the greatest growth, and I am so proud of how far the Faculty of Agriculture has come over the past 10 years," says Dean David Gray. "This progress is in large part due to the unwavering support of Dalhousie University and the commitment and dedication of our faculty, staff and community."

With ambitious plans in agricultural science and data — ones poised to place the Faculty of Agriculture at the forefront of addressing global food security while providing exciting new opportunities for students — the next 10 years are poised to take Dal’s Truro campus even further.

“We are on the precipice of an even greater future together.”