A before-and-after photo of one of the classrooms destroyed in the 2018 fire. More than one-million gallons of water were used to attack the fire. (Provided photos)

Although the building was officially turned back to the university last June and open to students this past September, last Tuesday's ceremony on the Agricultural Campus in Truro marked the first time the Dal community could officially celebrate the space.

“The Faculty of Agriculture is a special part of our university campus,” said Dal President Deep Saini in remarks at the opening. “The fire was a terrible blow to our community, but today we see a beautiful building supporting the work of our faculty, researchers, students and staff. It’s a testament to them all that they continue to achieve excellence while not only facing impacts to their academic home, but that they also persevered during a pandemic.”

The scope of the rebuilding work was significant, not only due to water and fire damage, but also since the Cox Institute — built in the 1960s — had to brought up to current building and fire codes. The project took more than 135,000 person hours. Up to 104 trades were on site at once with 40 different trade companies, suppliers and firms as part of the project.

“We’re so happy to celebrate our opening,” said David Gray, dean of the Faculty of Agriculture and Ag Campus principal. “Our entire university community supported the Faculty of Agriculture to get us to this moment. It was extremely difficult time for us. But now we have a bright and modern facility for our students, faculty and staff. It’s a space in which we can continue to make an impact. It’s been a group effort and the result is remarkable.”

Stairwells were moved, layouts re-configured and a multitude of equipment replaced and upgraded, including: 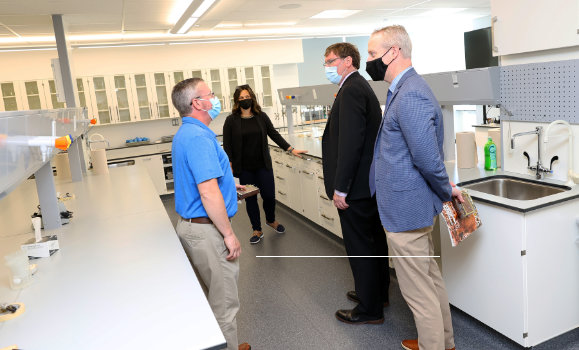 A tour of one of the institute's renewed facilities.

Dalhousie’s Faculty of Agriculture is built on a proud history of industry-leading education and research. Home to a working farm, the campus has almost 1,000 acres of research fields, gardens and greenhouses, as well as cutting-edge technology, labs and resources to innovate new technologies in support of the agri-food and aquaculture industries.

“We’re excited for the future within our Faculty of Agriculture,” said Dr. Saini, “I trust this space will continue to inspire and equip our students and faculty to make a continued impact on our region and world.” 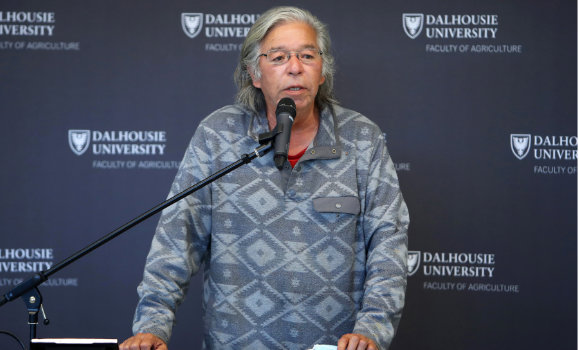 A smudging ceremony was performed by Elder Joe Michael, above, prior to the opening. 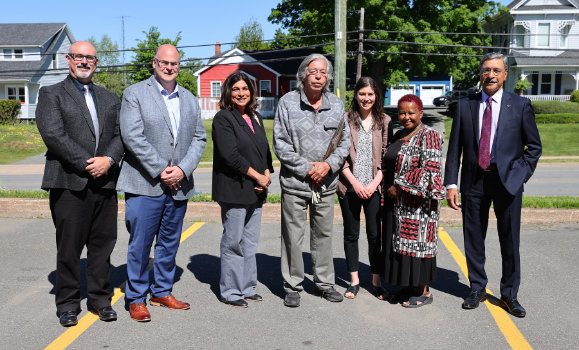