Starting the Master of Information Management (MIM) program in May 2019, Jason took one course per term. Two favourites were Program Evaluation and Knowledge Management. “Knowledge Management really resonated with me, because it's applicable to everyday life,” he says. 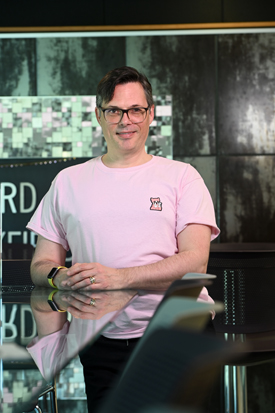 For Swinamer, going deeper on knowledge management also opened a door in his career pathway –– in January 2021, he moved into a new role as a Knowledge Management Consultant for ADP.

His other favourite course, Program Evaluation, was equally transformative. “It changed my perspective on how I think critically, how I solve problems and how I collaborate with people,” recalls Jason.

He also appreciated the mentorship of Professor Kaireen Chaytor, who encouraged him to submit his paper “Inclusion and Diversity in Evaluation Design,” for a Student Excellence advancing Evaluation Knowledge (SEEK) award from the Canadian Evaluation Society. Winning first place, the paper examines the critical role that empathy plays in evaluation practice and outlines strategies for the evaluator to engage in culturally responsive evaluation. “It was really an honour and surprise. It is a great thing to have somebody acknowledge your work like that,” he says.

Whereas his first role at ADP was more client-facing, working with customers to help them through the implementation lifecycle of their systems, his new role is internal, dealing with processes and technology. As a knowledge management consultant, Jason works on managing and auditing content, and working with business partners to understand how they use that content, to simplify the repository and create new content as needed.

“We’ll be brought in to work with teams to help them develop the content that the employees can use, that's correct and written clearly so it's very straightforward. We give them the right information at the right time when they need it,” explains Jason. 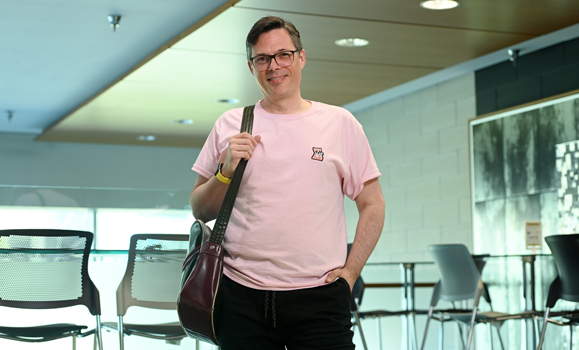 While completing most of the program during the pandemic meant that he was only able to meet in person a few times, he still saw the value and says he even developed good relationships despite being mostly online.

“I established really great friendships with people that I'm still friends with now, we're still texting each other,” he said, joking that the group created an MS Teams group called “MIM Survivalists” to commemorate the strange times that marked their program. “If you're not doing the program, it's hard for people to understand what you're going through. And these people were all amazing. They would lift you up on the days you were tired and exhausted. I'm so thankful because I know that they are going to be part of my life, probably forever, and I wouldn't have met them if I had not been in this program.”