Dal.ca Home
Home
News & Events
October 2020
23
Ask an expert: Brian Bow on how the outcome of the U.S. presidential election could impact Canada

Ask an expert: Brian Bow on how the outcome of the U.S. presidential election could impact Canada

Few elections in recent memory have been as hotly anticipated and closely followed as the upcoming presidential vote in the United States. American democracy, a political system that has faced criticism from some in the past for its lack of variety in political parties and candidates, has produced a contest this time between two candidates with starkly different worldviews: Donald Trump and Joe Biden.

President Trump's reluctance to commit publicly to an orderly transition of power in the event of a Biden victory has also added an uncomfortable tenor to the campaign, prompting reminders from experts that U.S. democracy — like other democracies — isn't immune to indviduals with authoritarian impulses.

The outcome of this election is of particular importance to Canadians, given that the two countries share a border and are still by far each other's biggest trading partners. We asked Political Science professor Brian Bow, director of Dalhousie’s Centre for the Study of Security and Development and a research fellow at the Canadian Global Affairs Institute, to walk us through how Canada might be impacted in three different scenarios that could arise from the Nov. 3 election.

Tune into Open Dialogue Live in partnership with the Faculty of Arts and Social Sciences on October 28 from 7-8 p.m. for Neighbourly Relations, a panel exploring the impact American politics have on gender, race and class issues, immigration and journalism.

What would another Trump victory mean for Canada? 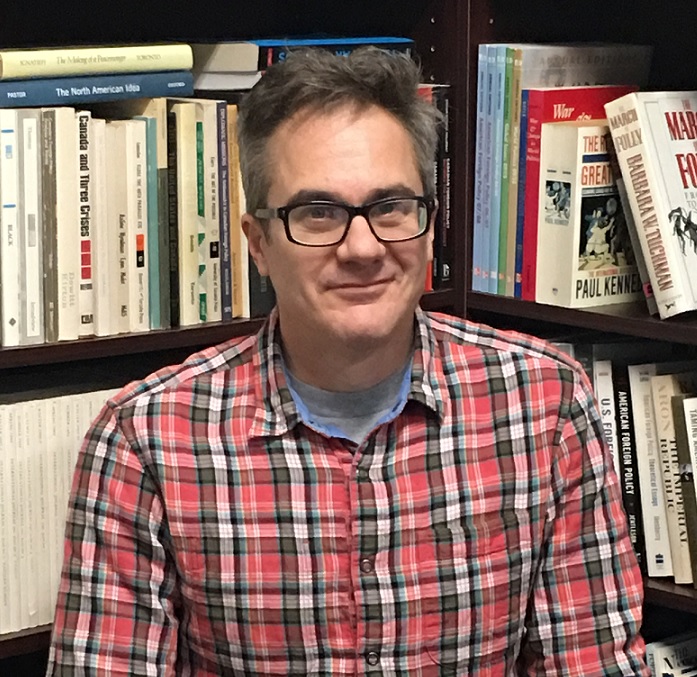 Some things are sure to happen, and other things it’s impossible to know. We know for sure that a Trump win would trigger a tidal wave of street protests all over the U.S., which will certainly be met with violent police crackdowns and — even more worrisome — vigilante violence from far-right groups. What we don’t know — but must prepare for — is whether street violence will lead to escalating reprisals and terrorist attacks that effectively spin out of control. I’m not expecting civil war, at least not in the way we usually think of it, but I am worried about the growth of “militia” movements and terrorism. All of this could raise difficult problems for Canada, if those involved try to cross the border, or if they encourage parallel movements in Canada. As far as Trump’s agenda goes, I don’t really think he has one. So I’m not worried he’s going to implement some grand plan for an authoritarian take-over, but I do think he’s got deep-rooted authoritarian impulses, and he’s an opportunist, and there don’t seem to be many sturdy obstacles. He’ll continue to do virtually nothing to contain COVID-19, continue to support the consolidation of the plutocracy, and continue to make the global climate crisis worse. And there’s a risk he’ll pick fights with China that he can’t back down from, and it might lead to a direct confrontation that nobody really wants.

What are some of the big changes we could expect to see in our approach to relations with the U.S. if Biden wins?

Things will obviously be better for Canada, overall, if Biden wins. But they won’t be perfect, and that in itself might be a source of tension — in the sense that Canadians’ expectations might be way too high, and they might be bitterly disappointed when Biden does things that hurt Canada’s interests, accidentally or on purpose. Biden will be more beholden to his electoral coalition than Trump has been, and may be pulled in many different directions. Potential bilateral conflicts could arise over trade policy, border controls, immigration, and energy and climate policy. Biden will want to reverse some things that Trump has done, and some of those changes will feel like attacks on Canada. For example, Trump has slammed the door on international students trying to study in the US, to Canada’s benefit; when Biden tries to draw them back again, it will cut into the numbers for Canadian universities, at a time when they are especially desperate to increase them. Based on his track record, Biden might be more likely to get the US involved in military interventions in the Middle East or other parts of the Global South, and there might be pressure on Canada to support them. And, of course, some Biden moves will be popular with some Canadians, and very unpopular with others. He’s promised to shut down the Keystone XL pipeline project, for example, which will provoke anger in Alberta and Saskatchewan, but will be probably be just fine with many Canadians in other provinces.

What are the potential risks to Canada in the event of a contested election result?

There are short-term risks and there are long-term risks, and of course the latter are harder to see clearly. In the short-term, the street violence I mentioned will certainly be intensified, and the risk of a spiral massively increased. Trump’s intuitive response will be to aggrandize himself and protect himself from potential prosecution, so he do whatever he can to hold on, up to an including the suspension of a variety of normal oversight mechanisms. We’ll likely see some kind of martial law on the streets in some cities, and a version of that in the political system as well. That would be worrisome for Canadians even if it didn’t spread over the border, because so many of us have friends and family in the US. If it does spread, the Canadian government will have to take ambitious steps to control the border, which could lead to frictions with Washington. In the longer term — no matter who ultimately ends up president — a contested election would exacerbate the already-extreme polarization of U.S. politics, opening the door for more foreign interference; economic dislocation; complete failure to properly address COVID-19, climate change, and other big problems; and more generally an acceleration of America’s decline as a global leader. Canada would have to have an agonizing reappraisal of its relationship with the U.S. — much more profound than the one we had in the 1970s — and would have to work harder to build partnerships with like-minded countries, to resist predatory pressures from Russia, China, and — as strange as it might seem to say it — the United States. We’d probably have to prepare ourselves for the likelihood that our country would be less safe, our standard of living would decline, and we’d be pretty much on our own in facing global challenges. Not necessarily the end of the world, but really, really bad.