Much more oxygen than previously thought is transported deep into the ocean interior through a 'trap door" in the Labrador Sea that some researchers say could be closing as a result of climate change.

This was reported by scientists from Dalhousie University and Scripps Institution of Oceanography in San Diego in a paper published today in the journal Nature Geosciences. They measured the transfer of gases, including oxygen and carbon dioxide, from the atmosphere to depths as great as two kilometres. The oxygen taken up by the ocean over a year in the Labrador Sea was 10 times larger than typically estimated. Large numbers of air bubbles, injected during violent, winter storms, were responsible for the difference.

The Labrador Sea is one of only a handful of locations worldwide, where the atmosphere and deep ocean connect, directly. A ‘trap door’ to the deep ocean opens there for a few months each winter, when surface water becomes cold and dense enough to sink into and mix with deep, oxygen-deficient waters.

“While bubble-mediated gas transfer has been recognized for decades, our measurements show how critically important it is when the ‘trap door’ is open and a vast volume of oxygen-deficient deep ocean water is exposed to the atmosphere,” says Dariia Atamanchuk, a research associate in Dalhousie’s Department of Oceanography and lead author of the study.

The deep ocean waters then flow out of the Labrador Sea, supplying life-supporting oxygen to a vast area of the ocean, worldwide.

“We refer to the Labrador Sea as one of the lungs of the deep ocean and the deep circulation as being like its blood stream,” says Dr. Atamanchuk. “Oxygen taken up from the atmosphere in the Labrador Sea may ultimately support respiration of organisms living tens of thousands of kilometers away, including fish living in the deep Pacific or Indian oceans.” 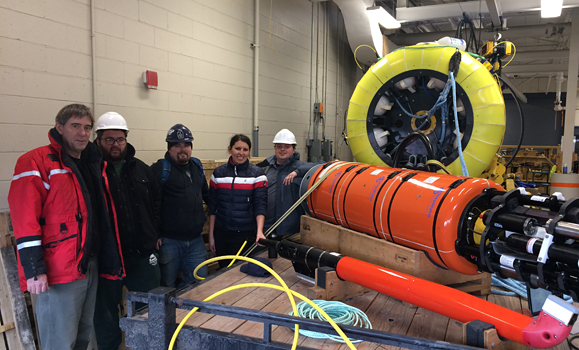 The researchers estimate that 10 times more oxygen is transferred to the deep sea each year than indicated by models that typically do not account explicitly for bubbles. This implies that oxygen in the deep ocean is more sensitive to climate change than previously thought.

Model-based projections have suggested that the Labrador Sea’s ‘trap door’ might be closing, due to the delivery of increasing amounts of fresh water from melting ice on Greenland and the rapidly changing Arctic.

“More fresh water means lower density and shallower mixing, and that would cause the ocean’s breathing to, literally, become shallower,” says Doug Wallace, a professor of Oceanography at Dalhousie and initiator of the study.

‘Trap door’ may already have closed off Antarctica

Dr. Atamanchuk adds that the effect of a similar ‘trap door’ closure off Antarctica may already have been felt in the deep South Atlantic Ocean, which has recorded high and difficult-to-explain levels of deoxygenation over the past 50 years.

“While our measurements show very clearly the importance of bubbles for the oxygen supply, the mechanisms are complicated and are certainly not yet fully understood,” says Dr. Wallace.

The authors say their findings are a call to action for more study and observation to check the representation of gas transfer in models and “reduce uncertainties and bias in our estimates of air-sea exchange of gases and heat,” especially in regions with extreme conditions, like the Northwest Atlantic.

The researchers gathered the information using SeaCycler, a unique, robotic profiling system that was anchored in the Labrador Sea for a year in 2016 and collected a wide range of chemical, physical and biological data. 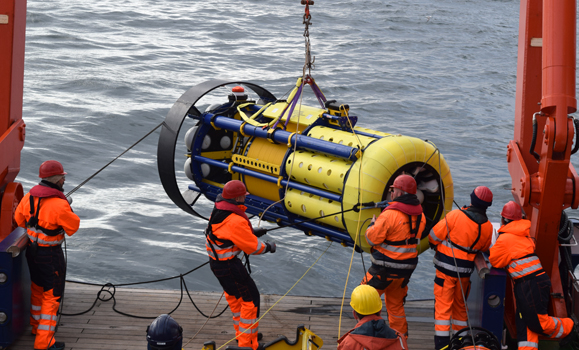 Crew deploy the SeaCycler on May 22, 2016, in the Labrador Sea where it gathered measurements for a year. (Kat Fupsova photo) 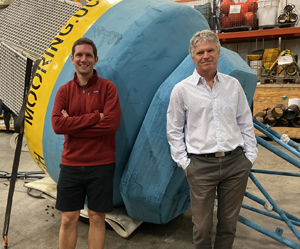 “The SeaCycler was designed to collect sophisticated measurements and carry a very large payload under extreme, very difficult conditions. You really don’t want to be out in the Labrador Sea on a ship, making measurements yourself in winter when these bubble processes are most important,” says co-author Uwe Send (pictured with Jannes Koelling), a professor at the Scripps Institution of Oceanography and an initiator of SeaCycler’s development, working closely with engineers at Canada’s Bedford Institute of Oceanography.

The scientists were working as part of a Canadian-led project called VITALS. Data interpretation was also supported by the Ocean Frontier Institute.

The group is now preparing for new observations in the Labrador Sea with an upgraded version of SeaCycler, starting later this year. The first tests of the improved setup, which includes several additional sensors, were completed last week in the Bedford Basin with the support and assistance of Fisheries and Oceans Canada.