The ocean feels the heat

While the impacts of climate change are reflected in the massive storms, heat waves and droughts that ravage communities around the world, the ocean too is feeling the heat.

Marine heatwaves — defined as periods of unusual, above-average temperatures — are causing a range of effects, including species migration and non-native invasion, disruptions or closures to fisheries, and stress and death in aquaculture stocks.

“Marine heatwaves have become longer and more frequent over the last century,” says Eric Oliver, professor in Dalhousie’s Department of Oceanography, with research showing that annual marine heatwave days have increased by 54 per cent from 1925 to 2016.

“A marine ecosystem that used to experience 30 days of extreme heat per year in the early 20th century is now experiencing 45 marine heatwave days per year,” says Dr. Oliver. “That extra exposure time to extreme heat is creating a detrimental effect on ecosystem health, with impacts on biodiversity as well as economic activities including fisheries and aquaculture

“We’re at a critical stage — a metaphorical boiling point — for the ocean.”

In order to better understand the impacts to the ocean, Dr. Oliver co-organizes an international working group to observe marine heatwaves through an interactive website. The website allows users to click on any location in the global ocean and see the history of marine heatwaves from current day back to 1982. 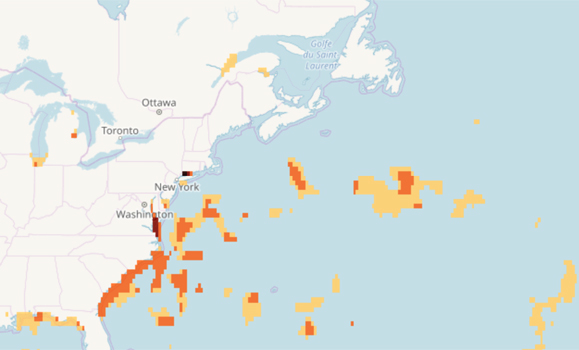 Robert Schlegel, a postdoctoral fellow with the Ocean Frontier Institute who works with Dr. Oliver at Dalhousie, says the tool’s benefits are significant.

“Anyone can now have, at their fingertips, the past and present state of marine heatwaves around the globe,” says Dr. Schlegel. “This provides critically important information not just to climate researchers, but those whose livelihoods and communities are impacted by the sea.”

For example, the website shows that a severe marine heatwave occurred off the Mediterranean coast of Spain from January to March 2019 — information not available through mainstream media outlets. The tracker is also showing that a famous marine heatwave nicknamed “The Blob” that occurred along the Pacific coast of Canada from 2014 to 2016 is making a comeback.

The website can also help analyze learnings from the past. For example, it shows data for May 20, 2012 which allows scientists to see how a massive the marine heatwave negatively impacted Nova Scotia’s lobster fishery.

“The marine heatwave tracker provides this important data free to all and advances our collective understanding of how climate change is impacting different regions of the ocean,” says Dr. Schlegel. 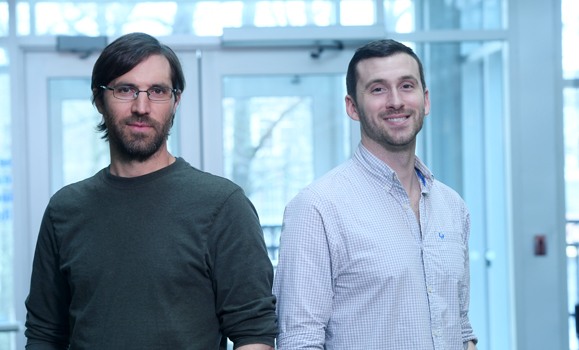