In celebration of Dalhousie’s bicentennial anniversary, the Fountain School of Performing Arts wanted to create a rendition of the classic tale, Frankenstein, also celebrating its milestone 200th year. And like the cultural phenomenon, it was essential the production come from the pen of a female writer. 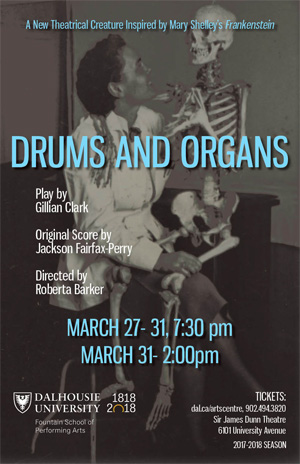 The recent Dal Theatre graduate (BA’13), at just 26 years of age, is making quite the name for herself in the theatre community. Not only has she acted in numerous highly-acclaimed productions in the five years since graduation, she also founded Keep Good (Theatre) Company with two of her closest friends, Karen Gross and Laura Vingoe-Cram, both graduates of University of King’s College. Based out of Halifax, Keep Good’s shows have toured throughout Canada, the United Kingdom and India.

Now, as the playwright of Drums and Organs, Clark has taken a 200-year-old tale and shocked it alive with new energy.

“Gill’s fresh, bold and honest approach, and her willingness to question social norms made her the perfect fit to write Drums and Organs,” says Roberta Barker, associate professor of Theatre at Dal and director of Drums and Organs. She describes Clark's play as a new "theatrical creature" inspired by Shelley's book.

“This is a rare opportunity to have at this point in [Clark's] career — the freedom to explore and create this piece of work in her own way. We are all incredibly proud of her successes thus far and thrilled to have her involved.”

While Drums and Organs was inspired by Mary Shelley’s classic, Clark worked to make it her own and create a show that the audience can interpret by today’s standards.

“I spent a lot of time with Shelley’s text. I tried to transform the idea of loneliness into navigating the world for companionship,” says Clark, who is currently studying playwriting at the prestigious National Theatre School of Canada. “I wanted to create a show that’s about being young, and the importance of this unique time in one’s life… when you’re exploring and finding yourself.”

Clark was also keen to create a script that the students could relate to, which she says has been one of the most rewarding parts of this opportunity.

“Seeing the students connect to and embody the script and watching them having fun has brought me a lot of joy,” says the Calgary native. “I fondly remember my own fourth-year production and am happy to be a part of theirs. 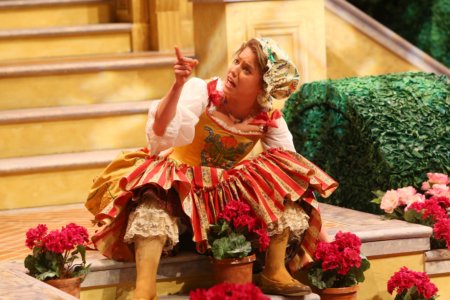 “My time at Dal was formative. The experiences and opportunities I had ignited a curiosity and drive in me. I came to Dal with a focus on acting, but I was introduced to many other mediums that have been so influential to my education and career as a theatre creator.”

A classic… with a twist

Since its first publication in 1818, Frankenstein has become a cultural phenomenon that has only grown over time. Stage productions of the story followed as early as 1822, and throughout the 20th century dozens of films retold the story.

The Fountain School’s rendition tells the story of Mary, a medical student who has a gift for cardiac surgery. Mary seems as far from Shelley’s brooding hero as could be, until a chance encounter forces her to grapple with the power — and limitations — of the physician’s art. 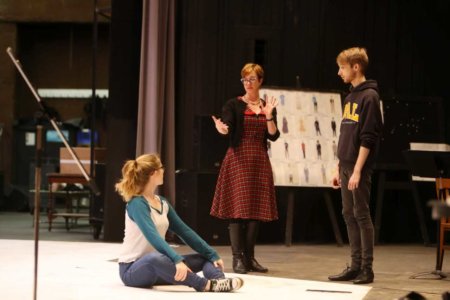 “Shelley herself was a controversial person and that exists in Mary’s character in a way,” says Clark. “She’s stubborn and her will to succeed can sometimes get in the way, but she’s very driven. As is natural with many playwrights and their characters, Mary is a bit like me,” she says with a laugh.

Telling her own tale

There’s no denying Clark's own tenacity and ability to keep moving forward.

Perhaps it’s best captured in Let’s Try this Standing, a production she wrote and performed solo. It tells her story of recovery after a harrowing motor vehicle accident in 2010, while she was a student at Dal. 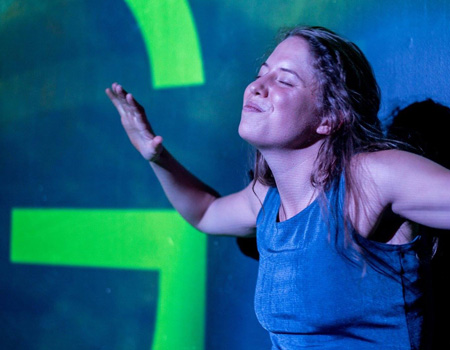 In this play, produced in 2016, Clark transported the audience into her world and provided insight on her long road to recovery and the damage – physically, mentally and emotionally – she experienced.

“It was a very difficult time in my life… having the chance to write and perform on the topic was therapeutic.”

While the topic was a heavy one, Clark brought to it what she does with much of her work – vibrancy. It’s also a key component in Drums and Organs.

“This play is young and exciting. I can’t wait to be back in Halifax for opening night and see the students bring it to life.”